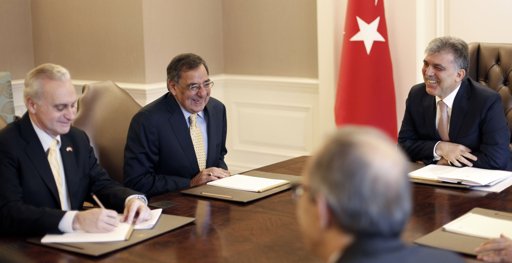 News.Az – French parliament to vote on genocide bill on 22 December

from Yahoo news
ANKARA (Reuters) – Turkey warned France on Friday their political and economic relations would suffer grave consequences if the French parliament passed a draft law making it illegal to deny the 1915 mass killing of Armenians in the Ottoman Empire was genocide. French President Nicolas Sarkozy, a vocal critic of Turkey’s long-standing, but slow-moving bid to join the European Union, told Turkey

from Today’s Zaman, your gateway to Turkish daily news :: Turkish Pre by Samİ Kohen
How will Turkey be affected by the European Union?s decision at last week?s summit? The EU is becoming a community with two or more circles, or rings, and this may create a new understanding of Turkey?s potential membership. 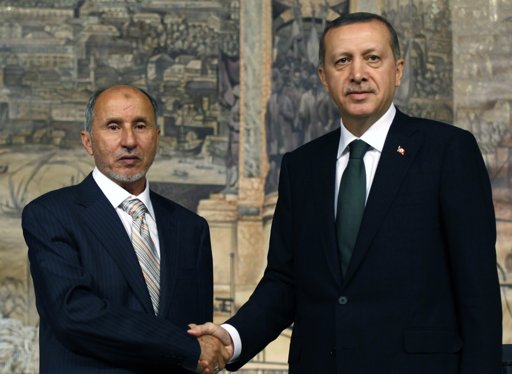 More pussycat than tiger, but Turkey has bite

from FT.com – World, Europe
The country may be less of an exception than thought, but its growth and prospects are far more than merely respectable

from Yahoo news
ANKARA, Turkey, Dec. 13 (UPI) — Criminalizing denial of a 1915 event is threatening to do “irreparable damage” to relations between France and Turkey, Turkish diplomats said.

Portuguese lessons for Turkey?s role in the Arab Spring

Hurriyet Daily News (Turkey) December 15, 2011 By Soner Cagaptay On April 25, 1974, the ?Carnation Revolution? shook Portugal?s 48-year-old dictatorship. A group of army officers, joined by the masses and underground communist movement, rebelled against the regime. Surprisingly, the dictatorship collapsed like a house of cards. Portugal, then ridden by poverty, illiteracy and authoritarianism,

For Turkey, Lure of European Union is Fast Fading

from NYT > Turkey by By DAN BILEFSKY
With Europe roiled by a debt crisis and the tumult of the Arab Spring creating opportunities for Turkey to wield new clout, Turks are weighing walking away from the European Union.

by CENGİZ AKTAR
Our daily language is more and more tainted with Eurocynicism, the advanced version of Euroskepticism. Chatter of a ?miserable Europe? or the ?sick man of Europe? (understand Europe itself) that we like very much as a nation is uttered by so many, stretching from politicians to the man on the street.

A reality check On US-Turkish relations

by Acturca
Eurasia Daily Monitor (USA) Vol. 8 Issue 223, December 8, 2011 By Saban Kardas * US Vice President, Joe Biden, paid a working visit to Turkey, which provided an opportunity for a reality check of the current condition of US-Turkish bilateral relations. In addition to meeting with Turkish leaders, Biden attended the Global Entrepreneurship summit, […]

by Yavuz Baydar
?Turkey must also work to support a Cyprus settlement and open its ports to the Republic of Cyprus as it has committed to do. A Cyprus settlement would have benefits extending well beyond the island, from aviation safety to more efficient EU/NATO co-operation. Negotiations on a comprehensive settlement have now reached an intensive phase and we welcome the commitment of President Christofias and Dr. Eroğlu to work within the UN framework for a successful outcome.? This excerpt is from a joint statement titled ?The EU and Turkey: steering a safer path through the storms.?

by Yavuz Baydar
The Turkish Cypriot part of Nicosia looked completely deserted yesterday. It was because of the census, which kept everybody at home. A curfew was fully imposed, with police cars patrolling the streets. The objective of the census, the first in five years, is obviously to bring clarity on the ?real population? of the northern side of the island, and particularly to learn how many ?settlers? from Turkey have been living there, legally or illegally. Although a brief visitor, I was also counted, and found that it was a well-detailed questionnaire, approved and supervised by the UN.It took me a few minutes to reach the buffer zone, equally desolate since 1974. Only a hundred meters separate two communities, and in that tiny strip around the famous Ledra Palace, used by the UN peacekeeping force, the only new thing was a restaurant and a small meeting center. It faced the old ?no man?s land facilities,? such as the Goethe Institute and the Fulbright Center.

Grumbling against the EU

by Samİ Kohen
In recent days grumbling against the EU has become almost a trend in Turkey. Apart from those who were systematically against Turkey?s entrance to the EU, it is interesting to see that such feelings and thoughts are spreading among the high officials of the state.

from Hurriyet Dailynews by HDN
Half of the audience attending an international conference in Istanbul last week laughed when a U.S. Congressmen said, ?I don?t know, of course, whether Turkey will enter the European Union in the future or if the European Union would like to enter Turkey,? as his joke aimed to show the differences between the economic situation of Turkey and the 27-nation bloc.

From zero problems to many problems

by DOĞU ERGİL
The ?zero problems with neighbors? policy of Turkey’s innovative Foreign Minister Ahmet Davutoğlu was an interesting initiative when it was first launched. The international conditions of the day were as follows: Turkey was at odds with the US and rejected by the European Union. The military-driven conservative forces within were pressuring the newly elected government in 2002 to seek alternative political and military alliances in the Eurasian region. The proposed new partners were either totalitarian or quite authoritarian. So, the outcome of this policy change could sway Turkey towards an illiberal camp.

Turkey and Syria: the tensions heighten

by Acturca
INSS Insight (Israel) No. 300, December 4, 2011 Gallia Lindenstrauss & Dara Frank On November 28, 2011 Turkey announced that it will follow the Arab League (and previous policies of the EU) in imposing economic sanctions on Syria. As Turkey is Syria?s largest trading partner, these actions (albeit a bit more softened than the sanctions […]

Why is Turkey betting big on the Syrian uprising?

by Acturca
Arutz Sheva (Israel) Sunday, December 04, 2011 From Daniel Nisman * Why is Turkey, as opposed to the West and the Arab League, actively helping the Syrian rebels? Erdogan has many good reasons ? from his point of view ? as this article elucidates. The Syrian conflict is entering its tenth month with Assad?s grip […]

by Acturca
Kuwait Times, December 04, 2011 By Dr James J Zogby * In just one year, relations between the United States and Turkey have moved from tension to cooperation. This was the focus of remarks by a Turkish journalist speaking at the opening session at the second convention of the Turkic American Alliance. After reviewing the […]

Turkey acts as mentor, model to Islamist groups
gulfnews.com
Istanbul: As Islamist groups emerge triumphant in Tunisia, Egypt and Morocco, Turkey’s ruling Justice and Development Party (AK Party or AKP) under Prime Minister Tayyip Erdogan seems set to act as their mentor ? and to throw its weight behind the

by KLAUS JURGENS
Whereas observers and the general public alike have become all too accustomed to the fact that EU Council summits attended by their national leaders often result in nothing more than a glossy family photo opportunity, what emerged yesterday and the day before from the Belgian capital signals a dramatic departure from an otherwise unremarkable twice annual routine get-together.

by Acturca
German Marshall Fund Blog (USA) 12 December 201 Joshua W. Walker * The emergence of a ?new? European Union, in the wake of a sleepless and tumultuous summit held 20 years after the treaty that led to the creation of the political union and the euro currency, was met with ambivalence in Turkey. The irony

by Acturca
The Sunday Times (UK) 11 December 2011 Matthew Campbell Once keen to join, Turkey is now edging away from Europe to become a regional power, writes Matthew Campbell in Istanbul. An affable, soft-spoken figure with impeccable English and an interest in opera, Cem Kozlu, a prominent Turkish businessman, can hardly be considered a rebel. Photographs

by Acturca
EUobserver.com (Belgium) 12 Dec 2011 By Egemen Bagis and Louis Michel *, Brussels The founding fathers of Europe were convinced that they had to define common interests and shared perspectives in order to overcome a culture of hatred and mistrust. In this process, they did not make a reference to religious belief or even to

Now Turkey is raising concern over democracy in the EU

by Open Europe blog team
This is a sign of the times.

In an interview with EUobserver, Turkey’s permanent representative to the EU, Selim Kuneralp, made some interesting comments on the future of the eurozone . In particular, he said that, although the Franco-German proposals to strengthen central control over national budgets, which could steer the eurozone “in the right direction”, they also risk undermining democracy.