The Guardian released a statement today assailing Wikileaks’ accusation that one of its reporters published the password to an unredacted set of leaked U.S. diplomatic cables. The newspaper admits publishing the password, but says it was assured that the files encrypted with it were temporary and would not become public.

The Guardian has now responded to Wikileaks’ accusations. They state that they were told that the password was only temporary, and that the server from which the file was downloaded was only live for a few hours.

It finally happened. An old cablegate file was detected on the internet, and it could be decrypted with a password that was published by a Guardian journalist. The file is not in an obvious location, and it may be doubted that anyone would have ever found it, along with the matching password, had it not been for Der Freitag publishing an article on the matter, which was then followed up by several other news outlets. Der Freitag is a media partner of Openleaks and has strong ties with the Guardian.

?Real Names? Policies Are an Abuse of Power

from apophenia by zephoria
Everyone?s abuzz with the ?nymwars,? mostly in response to Google Plus? decision to enforce its ?real names? policy. At first, Google Plus went on a deleting spree, killing off accounts that violated its policy. When the community reacted with outrage, Google Plus leaders tried to calm the anger by detailing their ?new and improved? mechanism to enforce ?real names? (without killing off accounts). This only sparked increased discussion about the value of pseudonymity. Dozens of blog posts have popped up with people expressing their support for pseudonymity and explaining their reasons. One of the posts, by Kirrily ?Skud? Robert included a list of explanations that came from people she polled, including:

from social media vb by David Amerland
In what is a direct slap to Facebook, Google+ augments members’ profiles to include education, workplace and geolocation in an attempt to foster closer ties amongst its members.

Google+: the global network with no anonymity? 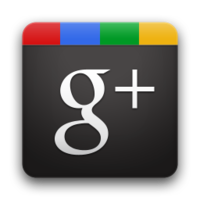 Social networks have changed the world of news; in fact, it’s hard to imagine journalism without them.

No one could have missed the reaction to Google + arriving on the scene and all the speculation about whether the giant that is Google would change our social media landscape.

Encrypt the Web with HTTPS Everywhere

from EFF.org Updates by rebecca
San Francisco – The Electronic Frontier Foundation (EFF), in collaboration with the Tor Project, has launched an official 1.0 version of HTTPS Everywhere, a tool for the Firefox web browser that helps secure web browsing by encrypting connections to more than 1,000 websites.

from Sysomos Blog by Sheldon Levine
Last week an article was floating around the Internet that claimed, via an ?official? study, that people who used Internet Explorer were dumber than those that used other browsers to surf the internet. I saw the story as reported by CNN. It turns out though that the report was a fake. A new article yesterday speaks about how the company that issued the findings doesn?t actually exist and neither did the study. CNN wasn?t the only media outlet to get fooled by it though. The story was also reported on by NPR, BBC, CNET, Forbes and other large trusted media outlets.

Transparency vs. Anonymity: Where Do You Stand? [INFOGRAPHIC & POLL]

by Charlie White
Many of us don?t think twice about laying out details of our personal lives in public for all to see. Many might even be using our real names, just as Facebook?s Mark Zuckerberg likes it. On the other hand, consider free-for-all meme site 4chan, where users cavort about in complete anonymity. That site?s founder, Christopher ?Moot? Poole, thinks anonymity fosters creativity, honesty, and authentic content sharing. 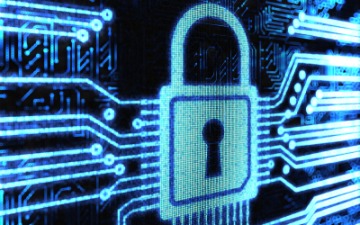 A series of cyberattacks that targeted more than 70 organizations in 14 countries throughout the past five years was uncovered by Internet security firm McAfee, Vanity Fair reported Tuesday.

from social media vb by ChristinaInge

It’s important to differentiate your strategy for Google+ from what you’re doing on Facebook, Twitter, and LinkedIn. There are simple ways to do it, and stake out an important place for Google+ in your content marketing strategy.

from Mashable! by Erica Swallow

Social Media: Are you a hunter-gatherer or farmer?

from social media vb by sapountzis

Humans have been hunter-gatherers for 95% of our existence, but yet in social media, everyone wants to be a farmer before we have learned how to forage

Arrests in UK, Spain and Turkey connected to LOIC-powered attacks have already prompted some core members of Anonymous to move towards using a new server and dropping LOIC in favour of other attack tools, such as Slow Loris and Keep-Dead DoS

Social TV 101- The Apps, Tools and Blogs You Need to Know

Social TV is an ongoing series by Elspeth ?Ellie? Rountree that will focus on trends and topics within the industry.

Listed by MIT?s Technology Review as one of the top ten emerging technologies, Social TV has proven it?s relevance as one of the most talked about, and perhaps most promising, topics in the not only the tech industry, but also marketing, television and social networking spheres of 2011.