from open Democracy News Analysis – by Ryan Gallagher
A rare and candid interview conducted with Topiary, founding member of LulzSec and self-described ?captain of the Lulz Boat? ? on becoming involved in hacktivism, fighting extortion claims, donating to Wikileaks, revolution, and the US government

From Lulz to Labor Unions: The Evolution of Anonymous | The Atlantic

Anonymous & LulzSec Lash Out at FBI: ?We?re Not Going Anywhere? 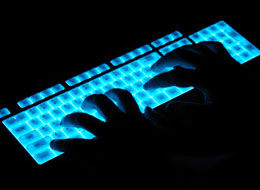 Anonymous and LulzSec, the two hacker groups responsible for some of the most high-profile cyber attacks of the past year, have issued a defiant statement in the wake of a recent FBI crackdown on the groups.

from WL Central by Wikileaks World

by Rob Beschizza
It’s the Night of the Long Modem Initialization Strings! The FBI arrested more than a dozen suspects in various Anonymous-related hacking events today. But one report suggests they’re plucking some rather low-hanging fruit, such as tween-age LOIC users.

from Sysomos Blog by Mark Evans
For all the talk about Google+ being a threat to Twitter, here?s something that should be kept in mind: Twitter is highly addictive.

from Daily Blog Tips by Daniel Scocco
Around one year ago the .co extension made its debut. It?s the official country level domain of Colombia, but it?s managed as a business venture by a couple of American companies. Some people were optimistic and figured that the similarity to the .com would give this new extension a chance of becoming popular. Others (including yours truly) were skeptical and thought that investing in .co domains was a waste of money.

from TorrentFreak by enigmax
In March this year IFPI announced that they had reached agreement with MasterCard, Visa and the City of London Police to develop cooperation against sites selling unauthorized music. Under the deal, IFPI investigators hand evidence of infringement to the police who proceed to engage the payment processors.