from open Democracy News Analysis – by Godfrey Hodgson
Barack Obama?s hopes of a second term are still bright. But twin policy crises and Republican stirrings are clouds on his re-election horizon, says Godfrey Hodgson.
The campaign for the United States presidential election of November 2012 is gathering pace with a degree of emerging clarity in the contest for the Republican nomination. There is more certainty on the Democratic side, in that Barack Obama is sure to run for a second term without opposition from inside his party.

The 2012 U.S. presidential election: the issues to dominate, distract and influence, Frank Groome

from open Democracy News Analysis – by Frank Groome
The state of the U.S. economy is still looming large over the opening presidential election race. It will likely remain the dominant issue, while foreign policy developments and the 2010 Supreme Court decision on campaign financing will play prominent roles, argues Frank Groome

The man and the machine: in search of Barack Obama, Roger Hardy

from open Democracy News Analysis – by Roger Hardy
In his first two years in office, President Obama had six foreign-policy goals. None has been achieved.
A couple of weeks ago Ryan Lizza, a journalist at the New Yorker, went in search of an Obama doctrine. He had difficulty finding one. Obama, he concluded, was a foreign-policy novice veering uncertainly between idealism and realism. I think there is a bit more to it than that. We need to look at the man and the machine.

from open Democracy News Analysis – by Paul Rogers
The afterglow of Osama bin Laden?s killing fuels the United States?s confidence in its shift towards integration of military and security policy. But it is another grand illusion and missed opportunity.
Three actions undertaken by western forces in three different countries in the second week of May 2011 are connected by a single feature: the ?transnationalisation? of warfare, whereby national boundaries and sovereignty count for less and less:

by Cory Doctorow
Michael Moore’s “Some Final Thoughts on the Death of Osama bin Laden” is a tremendous essay on the larger significance of the assassination of ObL, and the way that the war on terror has transformed American politics and security:

Bin Laden’s death: A cathartic moment for the US

by Mark Mardell (the Reporters)

President Barack Obama is making it clear that the killing of Osama Bin Laden didn’t occur by accident – and that it happened while he was in charge. He told former Presidents Bush and Clinton what he was about to announce before he made his televised White House statement. I am sure he resisted any suggestion that he had done what they had only talked about. Yet he made it clear that his administration had been determined.

from WhirledView by Patricia H. Kushlis
By Patricia H. Kushlis
There?s long been an attention deficit problem in Washington, D.C.  Multitasking is not that city?s strength.  Two weeks ago it was the bombing of Libya followed by a near-US government shut-down.  Earlier in the year it was the popular revolts in Tunisia, then the one in Egypt.

The Obama doctrine: Leading from behind

from washingtonpost.com – Op-Ed Columns by Charles Krauthammer
Leading from behind is not leading. It is abdicating. 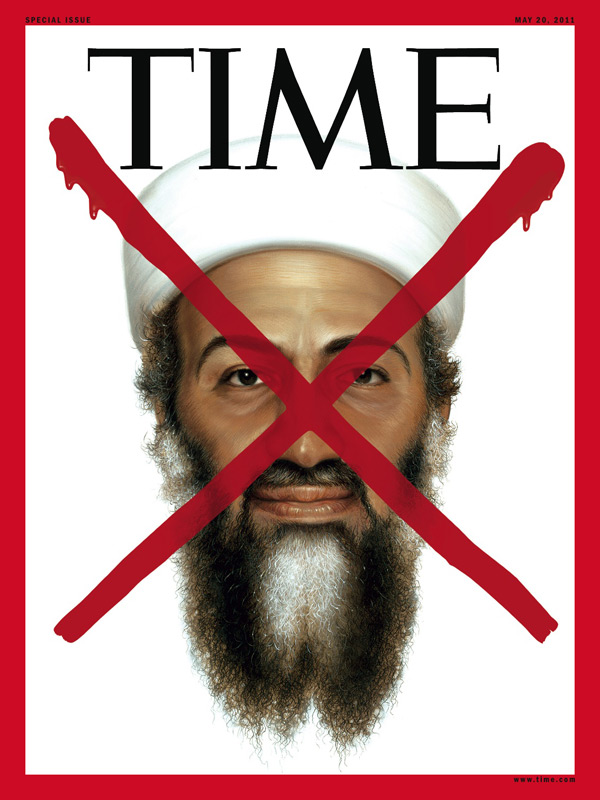 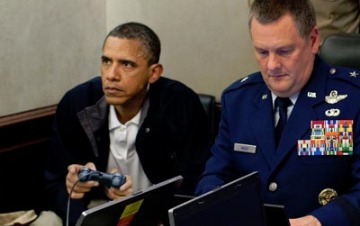 As per usual after a big event (or even a day of the week), meme-makers have been on a tear pumping out Photoshopped pictures and graphics depicting Osama bin Laden?s death and U.S. President Barack Obama?s hand in it.

from Atlantic Review
1. Many German politicians, media and church representatives criticize Chancellor Merkel for expressing her joy about the killing of Osama bin Laden, because it is not appropriate to have such a feeling when a human being gets killed. She was only “allowed” to express her relief. => Okay, fine with me.

from Editors Weblog – all postings by Federica Cherubini
Not surprisingly, the news of the death of Osama Bin Laden monopolized the news yesterday.

Here are some of the most interesting articles analyzing the way the event was covered by media.

Nieman Lab noted that, despite the fact that New York Times publisher Arthur Sulzberger, Jr. announced at the time of the implementing of the paid online content strategy that a gate for breaking-news stories that were, essentially, must-reads, would be opened, for Bin Laden’s death this didn’t happen. All the articles and blog posts remained behind the paywall.