Arab spring invigorates newspapers and journalism in the region

from Editors Weblog – all postings by Florence Pichon
In a region where authoritarian regimes get the final say, citizens and journalists seized an opportunity to stand up to repressive governments last spring. People took cell phone videos and Tweeted about protests, and journalists followed their leads. 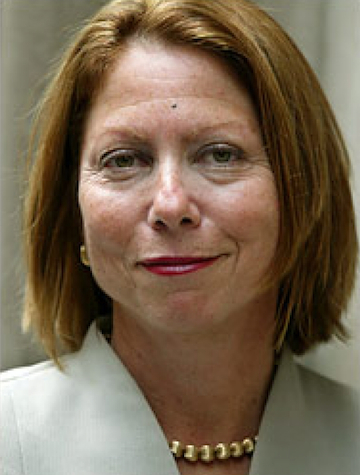 Information, misinformation and fact checking in social and mainstream media

from Editors Weblog – all postings by Federica Cherubini
One of the more encouraging developments in journalism in recent years has been the rise of the fact-checking movement, wrote Rem Rieder in the American Journalism Review.

The Pilates approach: How CNN is trouncing its competitors on the web

For the past several years, news outlets that cover the media industry have focused predominantly on television ratings when reporting on the cable news wars ? a metric that, at least until recently, has been almost exclusively dominated by the Fox News Channel. But underlying all the ratings horse-race stories has been a burgeoning thread of discussion on one metric that Fox isn?t ruling: online readership.

Is there a profitable model for international reporting?

As previously reported, digital newsgathering and increasing economic pressure have taken a toll on the number of foreign correspondents. Newspapers and publications have been forced to close foreign desks, make budget cuts to international services, and outsource stories.

A look at Encyclo, an “encyclopedia of the future of news”

from Editors Weblog – all postings by Teemu Henriksson
As the news industry keeps evolving at what seems like an accelerating pace, there is a clear market for a source that collects and categorises developments at news organisations. Nieman Journalism Lab launched Encyclo on March 18th to fill that need, noting that “there’s great value in a resource that steps back a bit from the daily updates and focuses on background and context.”

Reporting with Twitter: divergent views within the New York Times 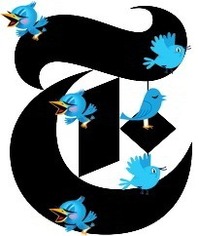 Different opinions on Twitter have been coming out of the New York Times recently. First, Bill Keller, the executive editor of the paper, criticised Twitter and social media in general as promoting short-term thinking, not suitable for a profound discussion. His view was met by a wave of negative reactions, also from his own staff.

from Editors Weblog – all postings by Federica Cherubini
2010 was the year of the paywall.
Trying to figure out how to transit newspapers’ print businesses to the digital world, one of the big questions was: is charging online the way to go?

Rupert Murdoch’s News Corp was one of those to lead the way in charging for online content, putting the UK Times and Sunday Times behind a paywall in July 2010.

Before the News Corp group, the German publisher Alex Springer began charging for online access with some of its newspapers.

The Quora effect? Hacks/Hackers weighs the future of the niche Q&A

The broad goal of Hacks/Hackers is to connect journalists and programmers so they can learn from each other. So it made sense for the group to provide, in addition to in-person meetups and hackathons, a digital space where journalists and programmers can commune to ask questions of one another and tap into their collective expertise on all things technological and news-related. Since last year, Help by Hacks/Hackers ? a Q&A site devoted to trading the kind of information that newsheads and developers need to fix problems ? has served as that place.

Poynter’s Mallary Jean Tenore wrote a lengthy post on ways for journalists to attract more traffic to their work. Using social media to communicate with readers and sources can help maintain current audience and attract more, she said.

Newspaper paywalls: When metered works, and when it doesn’t 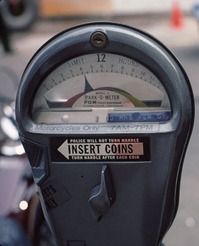 A flat paywall is not the only option for a newspaper looking to charge for its digital content. In a time when advertising revenue cannot alone carry costs of publishing, Frederic Filloux’s article in the Monday Note on the “metered model” is particularly timely. In the article, Filloux puts forth an alternative to the traditional paywall model that looks increasingly attractive to cash-strapped U.S. and European newspapers.

from Editors Weblog – all postings by Florence Pichon
As newspapers are forced to devote fewer resources to quality journalism, what is happening to investigative journalism?

According Roy Greenslade, non-governmental organizations (NGOs) are stepping in.

The Future of Investigative Journalism: reasons to be cheerful, Paul Lashmar

from open Democracy News Analysis – by Paul Lashmar
The general consensus is that investigative journalism is in decline. Yet the future looks hopeful, with the rise of journalism bureaus, the active involvement of the campaign sector, and a new generation of networked, web-savvy journalists pushing the field forward