by By JUDY DEMPSEY
Fresh from a resounding electoral victory, the government of Recep Tayyip Erdogan presents the European Union with a strategic partner who could play an even greater role in the region.

Right after a clear election victory, Turkish Prime Minister Tayyip Erdoğan started to catch up with the regional crisis from Syria, as the pressure mounts up at the border between the two countries.

from Global Voices Online by Kubra
Turkey held its general elections on June 12. The campaign period for the elections had seen a change in rhetoric in many of the key parties and leaders of Turkish politics. Election results showed a land-slide victory of 50 per cent of the votes for the Justice and Development Party (?AK Party? or ?AKP?) in its third term and a quite different parliamentary distribution that blocks AKP from unilaterally changing the constitution. Peace and Democracy Party (?BDP?), a Social Democrat party well known for its focus on Kurdish minority interests won over 30 seats in the parliament, a large success in the history of the party. Main opposition Republican People’s Party (?CHP?) stayed at approximately about 26pc and Nationalist Movement Party (?MHP?) gained approximately about 13pc of the seats. There was a large variety of responses and reactions, to all parties and aspects in social media. 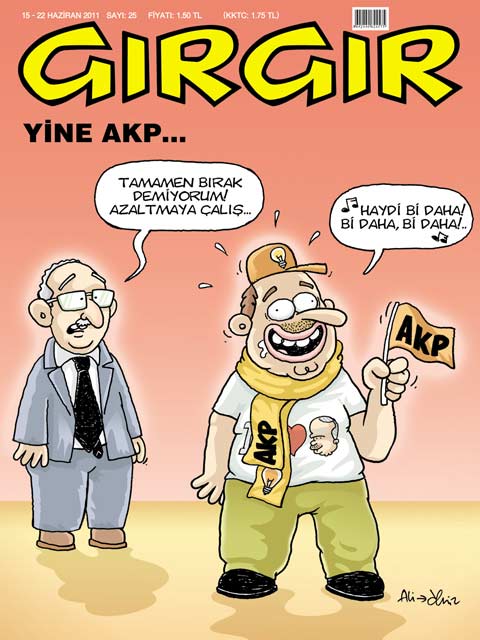 Falling Out of Love

A triumph for Turkish democracy

from FT.com – World, Europe
As Recep Tayyip Erdogan acknowledged in his victory speech, the new arithmetic of parliament needs cross-party consensus behind the new constitution

Reflections on the poll results

by FATMA DİŞLİ ZIBAK
Three political parties, the Justice and Development Party (AK Party), the Republican People?s Party (CHP) and the Nationalist Movement Party (MHP), were sent to Parliament by the ballot boxes in Sunday?s elections in addition to the independents backed by the pro-Kurdish Peace and Democracy Party (BDP).

by YAVUZ BAYDAR
A fresh page has been turned in Turkey?s keenly observed progress toward a full-scale democracy. Sunday?s elections, which ended with a not-so-surprising sweeping victory for the ruling Justice and Development Party (AK Party), took place without fear, with no concern — or ?hope? — about the threat of tutelage.

Why did the government receive 50 pct of the vote?

by ORHAN KEMAL CENGİZ
I have an elder sister who has been a great influence on me. If I have become a person who likes reading and someone who is sensitive to inequalities and so on, and it?s all because of her.

by AMANDA PAUL
Being elected for a third term, with almost 50 percent of the vote, is something that EU leaders can only dream of. After eight-and-a-half years in power, the Justice and Development Party (AKP) remains the most popular political party Turkey has had in decades.

Why the AKP always rocks

by HDN
Erdoğan won it again ? and won it big. The election victory his party received, an astonishing 50 percent of the votes, was not just magnificent, but also unprecedented.

by HDN
The initial signs after Sunday?s elections are rather promising. It is odd, of course, to recognize no limits in attacking opponents in any way possible ? to insult and even accuse them of being perverse and then come up with ?I have turned a new page. Let?s make a fresh start. I have forgiven everyone, you can forgive me as well.?

by HDN
Right after a clear election victory, Turkish Prime Minister Tayyip Erdoğan started to catch up with the regional crisis from Syria, as the pressure mounts up at the border between the two countries.

Reasons for the election victory

by DOĞU ERGİL
No doubt the election victory of the Justice and Development Party (AKP) was impressive for a party that has been sitting at the wheel of the country for more than eight years.

What comes after victory? Compromise!

by JOOST LAGENDIJK
In the end, the results of Sunday?s parliamentary elections were not that surprising. The ruling Justice and Development Party (AKP) got slightly more votes than expected but did not manage to cross the line of 330 seats that would have allowed the party to singlehandedly adopt a new constitution in Parliament and bring it to referendum.

I think that the performance of the new CHP administration was not perfect in the latest elections.

I personally like Kemal Kilicdaroglu, CHP’s new leader, but I can also see that he made more mistakes than Tayyip Erdogan did in the election campaign. 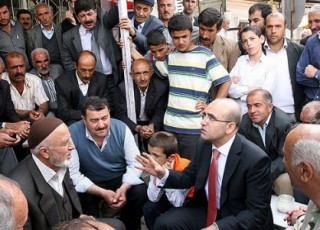 from Turkish Politics in Action by Ragan Updegraff
I recently wrote a short entry on the elections for Democracy Digest, a project of the National Endowment for Democracy. An excerpt:

Increasingly, Turkey is polarized between those who support the AKP and those who do not. The AKP?s critics include not only the secular elite, but also liberals, Kurds and other minority groups, and others who fear the intolerance with which the party deals with difference and dissent.

Is Brussels the loser in Turkey’s elections? | European Voice 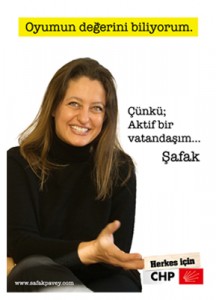 Caption: I know the value of my vote. Because I’m an active citizen.

Mandate for a New Turkish Era

from NYT > Turkey by By SUSANNE GÜSTEN
With his victory speech, Prime Minister Recep Tayyip Erdogan outlined a shift in Turkish foreign policy that could have wide-ranging consequences in a turbulent region.