Cliffs Notes version of this post: @SocArXiv is a Green Open Access digital repository that is currently being developed for the social sciences. I think this is a good thing. Let’s talk Open Access and publishing at #AAA2016. –R.A.

Back in May, fellow Savage Mind Chris Kelty wrote a post about Elsevier’s purchase of SSRN (aka the Social Science Research Network). The short version of the story is that this purchase is Not Good News, although some folks think it’s Worse News than others. Kelty’s primary argument was that SSRN users needn’t worry so much about their papers, and that DATA was the actual issue. Data, he wrote, is the real reason why Elsevier was attracted to the idea of getting their hands on the SSRN. This data is valuable, Kelty writes, because:

Would Margaret Mead tweet? On anthropological questions, social media, and the public sphere

Savage Minds: Notes and Queries in Anthropology — A Group Blog by Rachel Fleming

In my first introductory anthropology class of the year, I spoke a bit about the figures I consider “founding” to cultural anthropology, and asked if anyone had heard of them. Franz Boas, I inquired? After a pause, one woman tentatively asked, “Isn’t he the father of anthropology or something?” Yes, ok, close enough. She allowed that she had learned about Boas in another anthropology class. Bronislaw Malinowski? One hand went up in the back. A bearded young man said, “I’ve heard of him, but that’s probably because my girlfriend is an anthropology major.” Yes, that would explain it. And then I asked, Margaret Mead? Silence. I was frankly taken aback. I realize her popular appeal peaked from the 1920s through the 1960s, ancient history to this generation of students. However, she is consistently remembered in our field as possibly the most famous anthropologist to date. She wrote popular columns in national magazines about sexuality, gender, and childhood in the US. Coming of Age in Samoa was a massive bestseller and is still in print. The controversy over her research in Samoa was headline news in anthropology for years. The recent bestselling novelEuphoria fictionalizes her life.

Is a Hand Wave a Universal Greeting?

On a recent Saturday, I took my three boys camping along the Cache la Poudre River, one of the most picturesque watersheds in all of northern Colorado. Its rocky terrain and steep grades mean that the river has carved deeply through bedrock, creating narrow canyons that are ideal for kayaking and whitewater rafting. Coursing as it does through the university town of Fort Collins, the river is used recreationally, but it’s not inundated with people—unlike the mountains west of Denver.

MARQUETTE – Northern Michigan University is moving forward with plans to develop a new academic program in forensicanthropology, the science of analyzing human remains to determine an individual’s identity and the timing and manner of death, .

What exactly are Anthropology MAs doing with their anthropology?

This post was authored by AAA summer intern Chrislyn Laurore, a recent graduate of the anthropology program at Mount Holyoke College.

It took all of thirty minutes into my Intro to Cultural Anthropology class during the very first semester of my undergrad degree to decide that anthropology was it for me. A first-generation American eager to learn more about the world while validating my own experiences, entering the realm of anthropology began to answer many of the burning questions I had long thought about but had been unable to articulate. Nothing would derail my enthusiasm. Not even the now-familiar, “Anthropology? What on Earth are you going to do with that?” parroted by well-meaning strangers and relatives alike.

Eating with Strangers: Bringing an Anthropological Perspective to the Table

Savage Minds: Notes and Queries in Anthropology — A Group Blog by Ryan
This entry is part 4 of 3 in the Anthropologies #22 series.

The anthropologies food issue continues! Up next we have an essay from cultural anthropologist Christy Shields-Argelès, whose current research focuses on the tasting practices of Comté cheese producers in the Jura mountains of eastern France.  She is an assistant professor in the Global Communications department of the American University of Paris.  You can reach her at cshields AT aup dot edu –R.A. 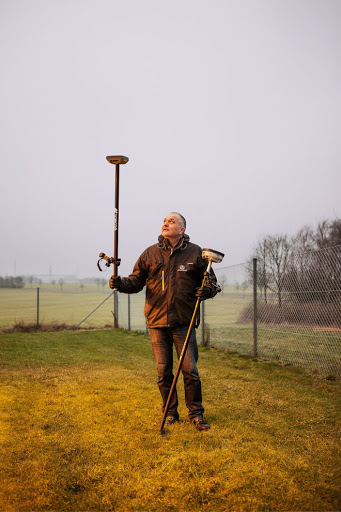 This team of researchers used everything from metal detectors to drones to uncover history.

Department of Sociology and Anthropology to host “Works in Progress Series”
MU The Parthenon
A “Works in Progress Series” hosted by the Department of Sociology and Anthropology will have its first gathering Friday at 1 p.m. in Drinko Library. This is the series’ third year of presentations and peer review. Brian Hoey, professor in the

The September 10 deadline is fast approaching! Don’t miss this opportunity for fame and glory (and a prize).

“Obama, the cerebral son of an anthropologist”—this is how the Associated Press touted soon to be ex-president Barack Obama on his visit to Laos this week. The AP went even further, declaring Obama’s approach “soft diplomacy”. One has to wonder where all of the “soft diplomacy” was in the seven brutal wars simultaneously fought by Obama (Iraq, Afghanistan, Libya, Somalia, Yemen, Pakistan, Syria), a number of them pursued illegally (either in violation of international law, or domestically in violation of the War Powers Act), and all with disastrous consequences. However, it’s good that the AP declared—because this was the real point of their boosterism: “If there was a single day that demonstrated just how different Obama is from Donald Trump this might have been it”. I agree, but it’s not Obama that will survive the comparison. Unfortunately, anthropology also gets a bad name thanks to Obama and the AP.

Honoring the seminal academic and humanitarian work of Thomas J. Marchione, this award is given to an MA, MS or Ph.D. student whose active engagement in food security and food sovereignty issues continues and expands Dr. Marchione’s efforts toward food justice, food access, and food as a human right. The award can be in recognition of exemplary work completed or in progress, or for proposed work in the field of food as a human right and the social justice aspects of food systems.

How A Harvard Doctor’s Sordid Murder Launched Modern Forensic Anthropology
Forbes
The history of modern forensic anthropology is a bit murky. As an applied science rather than a “pure” one, forensics was shunned for decades, its findings inadmissible in court. But the 19th century murder of a Harvard Medical School doctor launched

Jason Arakgi Q&A: On the art of the tackle, anthropology and …
Vancouver Sun
Proud Canadian Jason Arakgi was born in Montreal and grew up in Oakville, Ont. The Lions linebacker became the CFL’s all time leader in special teams

Out With The Old: Gentrifying Seoul’s Noryangjin Fish Market

By Markus Bell and Jieun Kim

In 1998 an article in Seoul’s Kyeonghyang newspaper described a visit to Seoul’s Noryanggin Fish Market as follows:

“Arriving in the Noryanggin Fish Market your timid heart will flutter like an excited fish in water. Whether you buy or not, simply strolling around the market will wash the sweaty odor from your body” (Sept. 5, 1998).

Is CMA Central to Anthropology?

Computer-Mediated Anthropology
I’m taking an ethics course this semester, and we are required to do a presentation project from a list of possible topics. Computing/the Internet was not one of them, so I asked my professor if I could do a presentation on ethics and the Internet anyway. She said that she did not think that the Internet was “central to the discipline.” It seemed to me that dismissive attitudes like that were the reason it was not central to the discipline.

Creating and debating Harari identity over the internet

This is the tenth (10th) set of notes under the theme of media and change in preparation for the volume Postill, J., E. Ardevol and S. Tenhunen (eds.) forthcoming, Digital Media and Cultural Change. The notes are taken from a wealth of media anthropological research into this question over the decades that has remained to this date largely hidden from mainstream media, communication and internet studies. This research deserves to be read more widely.