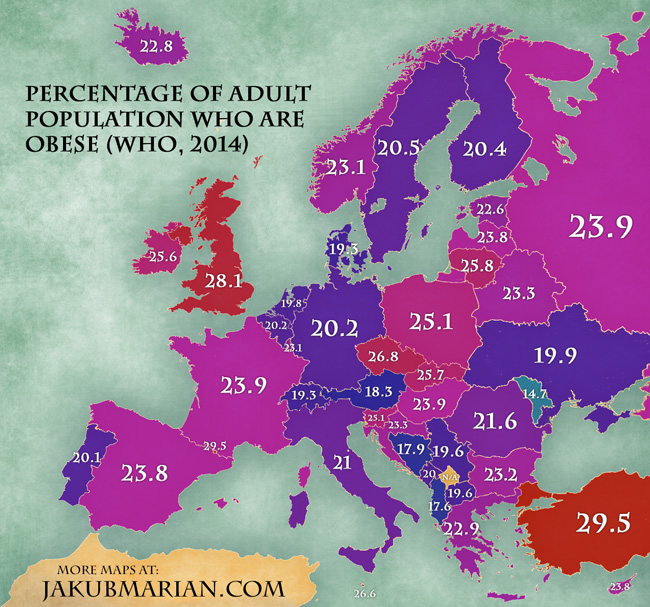 If Turkey and Britain are the happiest nations in Europe, maybe this is why! Read the rest
MAIN FOCUS: Tsipras presents reform plan | 04/06/2015
euro|topics

Greek Prime Minister Alexis Tsipras on Wednesday presented a reform plan that he describes as realistic. According to media reports, the Euro Group has made concessions to Athens regarding the terms for the disbursement of further loans. The creditor states have pushed their capacities to the limit, commentators warn, and advise Tsipras to finally back down.

Paris began to bid adieu to its famous love locks on Monday — and with them, years of lovers’ memories. City workers cut hundreds of thousands of the tiny locks from the iron grillwork on the sides of the Pont des Arts bridge; they used a crane and wheeled dollies filled with the signed trinkets. Soon, clear plexiglass will replace the grills.

According to the Dutch government, Moscow has a blacklist with names of European politicians who are banned from entering Russia. Prime Minister Mark Rutte condemned the travel ban saying it was in breach of international law, and other governments have joined in the criticism. The affair highlights Moscow’s unpredictability, some commentators believe. Others are surprised at the indignant reactions coming from across Europe.

Politics has always been at the heart of Eurovision
EurActiv.com

Eurovision is about spreading Europe’s values of tolerance and cooperation beyond its borders, write Quincy R. Cloet and Kerry Longhurst.

As the government makes a grab for new terrorism powers, we need to examine the basis of its “extremism” narrative.

UK election 2015 was ‘most disproportionate in British history’

LONDON — If you felt like the choices you made last month when you voted in the UK general election weren’t represented in the final results, you are not alone.

The election result underscores the need for a profound rethink by the left in England: this should focus on regionalism and radical democracy.

European Primary Elections: Step it up, ahead of 2019
EurActiv.com

Now is the time to start the debate on how to better organise the 2019 European primary elections and Spitzenkandidaten system, especially in light of the forthcoming European political party congresses later this year, argue Dan Luca and Dominique Ostyn.

Emmanuel Macron and Sigmar Garbriel have called for greater fiscal and social harmonisation in the eurozone, saying other EU countries like Britain should be allowed to settle for a less integrated Union based on the single market.

It was Labour’s failure to excite their base which lost them the election. Moving to the right won’t help.

Labour lost the 2015 election astonishingly badly. It wasn’t a particularly convincing win for the Conservatives, who barely scraped an overall majority in parliament with the backing of 24% of the electorate, but it was certainly a very, very convincing loss for Labour. So what happened, and why?

Russia has imposed an entry ban on 89 European politicians and military leaders, according to a list seen by Reuters, a move that has angered Europe and worsened its standoff with the West over Moscow’s role in the Ukraine conflict.

Italian Prime Minister Matteo Renzi suffered a setback in local elections on Sunday (31 May), with a weaker-than-expected showing by his centre-left bloc and a marked rise in support for the right-wing Northern League and the anti-establishment 5-Star Movement.

The European Commission should take a hard stance and insist on European standards, while looking for novel ways in which to break down “behind-the-border” barriers to trade.

Trusting the European Union; a Yale debate with recommendations

All of the students who take up the democratic challenges currently facing the EU and offer the following policy recommendations to address them are united in their desire to improve Europe for the future, a Europe which they wish to help create.