Warning shots are fired as international observers are turned back from entering Crimea where pro-Russian forces have tightened their grip.

On the Front Lines: Exclusive Photos of the Ukraine-Russia Standoff 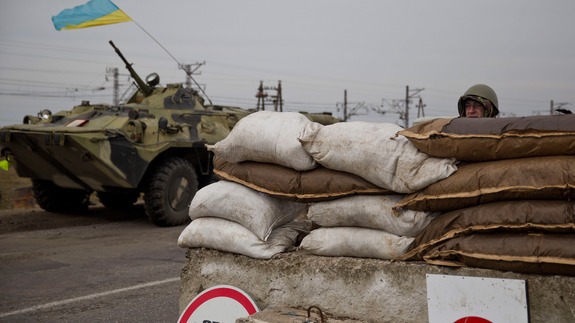 Evgeny Feldman, a staff photographer for the Russian publication, Novaya Gazeta, visited a checkpoint Saturday on a road a few kilometers north of Crimea. On either side of the checkpoint, Ukraine forces faced their Russian counterparts in a vivid microcosm of the global, east-west struggle over Crimea.

Russian President Vladimir Putin called on the eastern Ukrainian separatists to postpone the referendum on autonomy planned for Sunday, and at the same time urged the Ukrainian government to negotiate. Some commentators question the honesty of the proposal. Others see it as a positive signal that the West should act on to force Kiev to the negotiating table.

European policymakers have finally recognized the severity of their youth-marginalization problem. But, just over the horizon, there looms another social catastrophe that they have yet to acknowledge; this time, it is middle-aged workers who are poised to suffer.

Now that Russia has occupied the Crimea Peninsula, the blame game has begun, and everywhere there is loose talk of a ?new Cold War? and the ?price? to be paid by the Russian aggressors. But, in this fraught environment, we would do well to recall two historical precedents.

The silent invasion of Crimea

Ouroboros malware deployed most aggressively since the start of last year gives its operators unfettered ability to spy on ? and potentially destroy ? computer systems

The pretext behind Crimea?s occupation

Russia?s silent subjugation of the peninsula has left it holding the best hand as the west tries to put forward a workable response

The news from Greece these days has been dominated by the announcement that the government achieved a primary budget surplus in 2013. But another, much more important news item has received much less attention: Greece exported less in 2013 than in 2012.

Reflecting on Gender Equality in Europe

With the United Nations 2014 International Women’s Day theme being ?Equality for Women is Progress for All,? it is a time to reflect on progress made, raise awareness of the struggles that women and men still face, and consider how best these challenges could be addressed.

A farewell to Russia

Russia may have won Crimea but it has lost Ukraine, writes Vitaly Portnikov. At the same time, Ukraine has gained a whole world of sympathetic people who support the country in its fight for something that should in fact be just as much a necessity for Russia too: freedom

Ukraine crisis comes in the wake of disagreements over Syria, Iran, Edward Snowden, and anti-gay laws.

The European People?s Party (EPP) nominated Jean-Claude Juncker on Friday (7 March) as its candidate to lead the EU election campaign and become the next president of the European Commission.

Juncker, former prime minister of Luxembourg, will lead the EPP’s pan-European elections campaign following a vote by party affiliates at the party’s congress in Dublin.

The former Luxembourg premier won 382 votes against 245 for his rival, the French EU commissioner Michel Barnier, in what the party called ?A historic moment”. 629 out of 812 delegates had cast their ballot.

EXCLUSIVE / The EU finds itself in the embarrassing situation of having mishandled a deal with Russian President Vladimir Putin on the Ukraine?s landmark Association Agreement, and the new Kyiv government is furious, EurActiv has found.

At their summit held yesterday (6 March), EU leaders decided to sign ?the political chapters? of the Association Agreement (AA) with Ukraine ?soon?, before the Ukrainian Presidential elections scheduled on 25 May.

The European Commission has issued a warning about imbalances in France’s economy. But an excessive budget deficit threatens to expose the country to first-time sanctions.

France and Slovenia are the only two countries to have received a specific recommendation from the EU executive on public deficits.

Will Matteo Renzi be Italy’s saviour?

The new prime minister promises an ambitious agenda, but he faces an uphill struggle 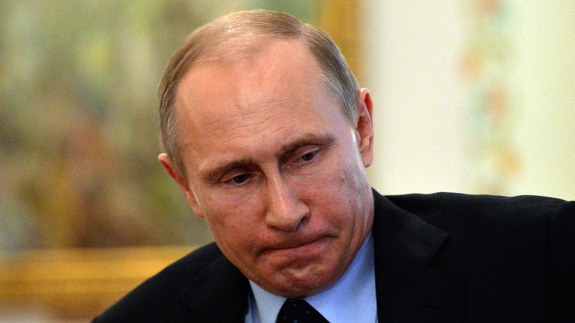 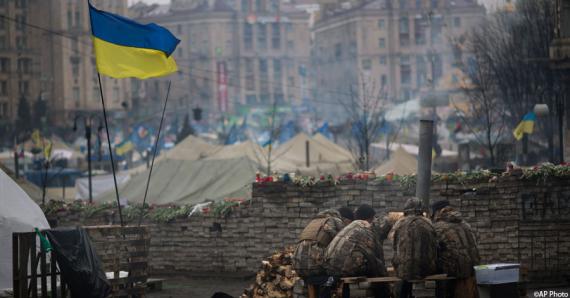 Protesters warm themselves next to a fire in Kyiv’s Independence Square in Ukraine on March 5, 2014. [AP Photo]

15 Memes That Escalate the Crimean Crisis

Instead of trying to find some sort of compromise, the sides of an online disagreement double down on their arguments, quickly moving to threats, ad hominem attacks, and comparisons to Hitler. The disagreement turns into a flame-war, both sides convinced the opponent is stupid and/or disingenuous. Sound familiar? Sadly, this is what is happening on the RuNet with regard to the Crimean conflict. Memes and image macros lend themselves to polarizing rhetoric, not nuanced argument. But, hey, some of them are pretty funny!