Crimea ? from playground to battleground 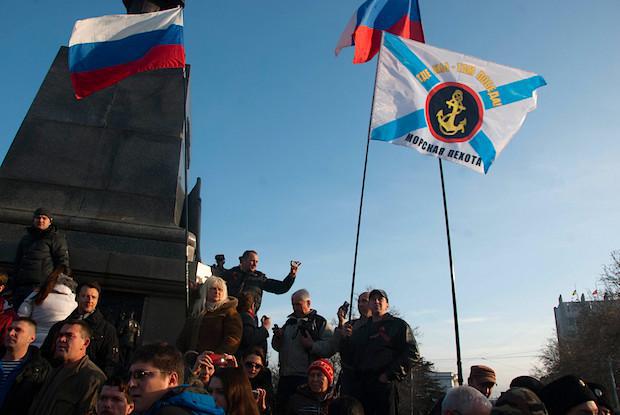 The conflict between Russians and supporters of the new Ukrainian leadership in the Crimean region has escalated after groups of gunmen temporarily seized the regional government and parliament building there on Thursday and also stormed the airport in Simferopol in the early hours of Friday morning. Commentators warn that a dangerous conflict is brewing on Europe’s eastern border, which neither the West nor Russia may be able to bring under control

Are the European Conservatives passing up a great political opportunity?

The Alliance of European Conservatives and Reformists have announced that they will not be putting forward a candidate for the Commission presidency in the 2014 elections. As an anti-federalist party, the main reason being given is that participating in the presidency contest will play into the hands of the more federalist parties. But are they giving up an electoral opportunity by giving the “federalist” candidates a free run? And does their main argument fit in with the AECR’s general political position?

Antipathy towards Europe?s most ostracised minority chimes with a divisive political debate that threatens the EU principle of free movement

The timing, manner and substance of Matteo Renzi?s rise to power is troubling, writes Kevin Lees.

Kevin Lees is an attorney in Washington, D.C. and the editor of the comparative politics blog Suffragio.org.

“With Europe’s attention focused on Ukraine, Italy’s new prime minister Matteo Renzi put the final touches on his new government over the weekend

The Swiss vote to curb immigration, and what it means for Europe

On February 9, Swiss voters narrowly approved the reintroduction of quotas on immigration, damaging Swiss-EU relations in the process. Why did the Swiss vote this way? Does it have anything to do with Robin Hood? And will this impact on the EU membership debate in the UK?

After Yulia Tymoshenko, Vitali Klitschko on Tuesday also announced his candidacy in the presidential elections in Ukraine slated for the end of May. Politicians in Kiev are meanwhile looking for ways to avoid state bankruptcy. Commentators hope events in the country will create a bridge between East and West, and warn against portraying the conflict as a new Cold War.

With three months to go until the European Parliament elections, Matthew Price explains how they work and where they fit into how the EU is run.

Following a crescendo of terrifying violence, the Ukrainian uprising has had a surprisingly positive outcome. But whether Ukrainians’ newfound unity endures will depend on how Europe responds

All (Not) Quiet on Ukraine?s Eastern Front 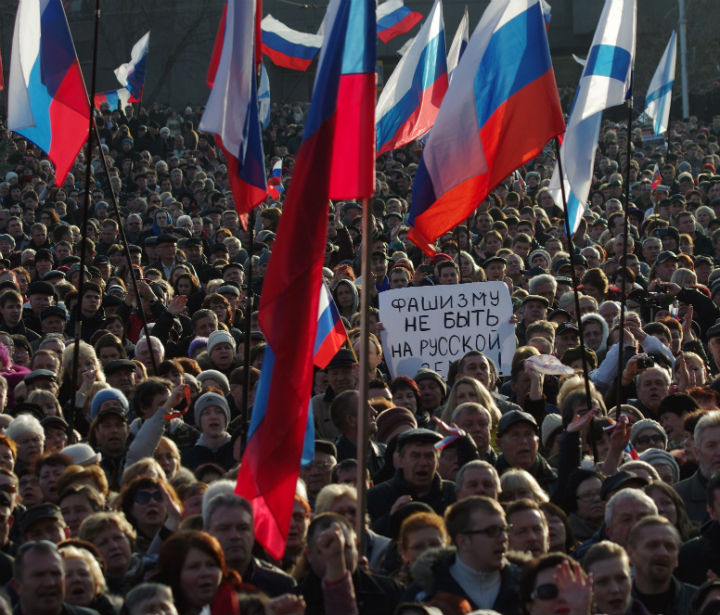 The interim government in Kiev requested financial assistance on Monday and called for a conference to be attended by potential donors the EU, US and the IMF. Meanwhile Moscow has criticised the states of the West for recognising the interim government. Putin won’t give up his influence in Ukraine, commentators predict, and warn that the Cold War divide is opening up again.

In Ukraine, Poland comes of age as an EU power broker

Last Friday, as Ukrainian opposition leaders held out against signing an EU-brokered deal to end bloodshed on the streets, Poland’s foreign minister dug into his own history to break the deadlock.

If they did not sign up to compromise with President Viktor Yanukovich, Rados?aw Sikorski told them, “you’ll all be dead”.

That appeal, informed by Sikorski’s own survival as a student protest leader and backed by Germany’s foreign minister sitting in the room at the Hotel Kiev, seemed to work.

The latest Commission economic forecasts are out and the theme of a broad but still fragile recovery (combined with some gentle self-congratulations on the success of the current approach) has been continued. For the most part the forecasts are not hugely different from the Autumn 2013 ones, which we covered here.

In the month since the European Commission unveiled its blueprint for banking reform, significant resistance has emerged, with some warning that European banks? competitiveness would suffer, and others demanding stronger mitigation of banking risk. Meanwhile, Europe?s capacity to avoid another financial meltdown hangs in the balance.

A new (order) Ukraine? Assessing the relevance of Ukraine?s far right in an EU perspective

Now that the EU is ready to embrace the new Ukrainian government, investing at least one billion euros in the ?revolutionized? country, it is time to reinvestigate the question of far right influence in Ukraine.