The government is seeking broader powers for its intelligence agency, including more scope for eavesdropping and legal immunity for its top agent

Leaning on judges: eroding the rule of law in Europe

Too often across Europe, the rule of law is not being observed, as thousands of European Court of Human Rights judgments remain unimplemented and some governments second-guess the judiciary. Europe?s human-rights champion says democratic legitimacy depends on it. 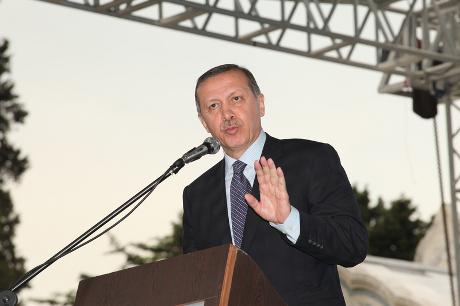 “The US is well known for its Internet restrictions, especially regardingWikileaks,” added Cavusoglu, speaking on private Turkish news channel NTV. Cavusoglu evaluated the recent U.S. criticisms, said, “It is unacceptable for us that the U.S. is

Turkey’s president Abdullah Gul signed a controversial bill on Tuesday that allows Turkish authorities to block websites without a court order. The law will enable Turkish officials to monitor telecommunications and ISPs, allowing the government to

Redhack angered the AKP by publishing the private cell phone numbers of candidates running in March 30 local elections and labelling them “Istanbul’s thief candidates”. Redhack claims to be affiliated with the international hackers’ group Anonymous

As part of the campaign, most of the main stories on the website are published with a four-hour countdown and ‘disappear’ from the website after that time is up