Skip to content
INFOGRAPHIC: Balance of power in European governments

Across Europe, parties in government and opposition forces will rally support and lure voters on 22-25 May. With less than 100 days to go before the voters cast their ballot, EurActiv presents an overview of where the balance of power lies in EU countries. See related article.

Previous election results show that, when it comes to EU elections, parties in government are often punished by protest voters. Have a look at the coalition governments, single allegiance governments and where the balance lies across Europe?s map.

EU elections will be tough again on parties in government, experts say

EU elections are often regarded as second-rate polls in which national politics plays a bigger role than Europe, making it a test for parties in government. With less than 100 days to go, EurActiv looks at the power balance in Europe and how that could affect the European institutions’ next mandate.

Since 1979, the past seven European Parliament elections have served as an occasion for voters to either praise or punish the government in office.

Across EU member states, governments are run by mainstream parties gravitating around the centre of the political spectrum. A EurActiv overview (see infographic below) shows that socialists (belonging to the European Socialists & Democrats) and centre-right parties (belonging to European People’s Party) act as single or coalition partners in most of Europe?s governments.

François Hollande arrived in the US for a state visit on Tuesday – the first by a French president since 1996. Some commentators hope the visit will restore trust between the two nations. Others argue that securing US investments in France is more important than good relations with US President Barack Obama

Italian government on the brink (again): Has Renzi’s hour come?

?Staffetta? is the most used word in the Italian media these days. It literally means ?relay?, and it refers to the

EU foreign affairs ministers meeting in Brussels yesterday (10 February) congratulated Tunisia for adopting a new democratic constitution. They, however, regretted the absence of an inclusive process over the constitutional referendum in Egypt, held on 14 and 15 January.

Tunisia?s national assembly adopted on Thursday the country?s new constitution, describing it as a model for other countries which experienced the 2011 Arab Spring uprisings. 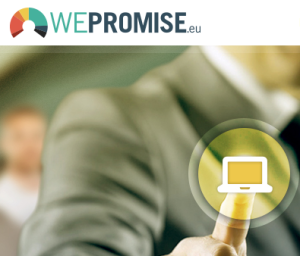 European Digital Rights has recently started a campaign in for the 2014 EP elections entitled ?WePromise?. The basis for the campaign is a good one ? it proposes a clear and simple charter of digital rights, and then asks for MEP candidates to support it, and for voters to pledge that they will vote for candidates that do support it. I?ve signed the pledge as a voter.

Anti-government protests have led to the worst unrest in Bosnia and Herzegovina since the end of the Bosnian War. Government buildings were set on fire and the first regional politicians resigned on the weekend. Some commentators are delighted that the people are finally setting aside their ethnic differences. Others call for a reconstruction programme for the shattered state.

A Swiss vote to bring back strict immigration quotas for Europeans draws criticism from France, Germany and Brussels

In a referendum held on Sunday the Swiss voted by a slim majority for the “Against Mass Immigration” initiative which foresees the introduction of immigration quotas and jobs being offered to Swiss citizens first. Commentators see the outcome as a sign of growing xenophobia and EU scepticism and call on Europe’s politicians to defend European values more resolutely.

EU immigration: Why Ukip should pay close attention to what happens next in Switzerland

In a referendum yesterday, the Swiss voted by a narrow margin in favour of restricting immigration from the EU. Switzerland is not an EU member but via around 100 agreements, Switzerland is partly integrated into the EU, including in the contentious area of free movement of workers.

Europe responds to the Swiss referendum – and it ain’t pretty 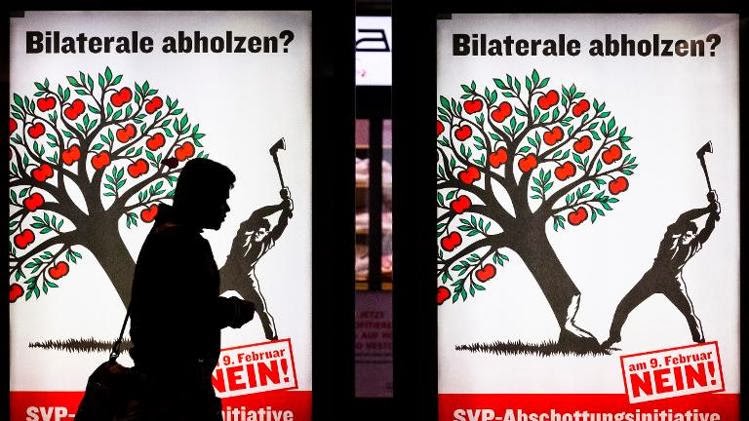 We suspect the reverberations from the decision in the Swiss referendum to cap the number of EU migrants might be felt for some time (we look at what the long term implications could be for the UK here). The Swiss case is interesting because unlike the debate on migrants from Central and Eastern Europe in the UK, Germany and the Netherlands, it primarily affects citizens of the wealthier member states, primarily Germany, France and Italy. Here are some immediate reactions from around Europe.

The German Constitutional Court has ruled against the ECB?s pledge to buy potentially unlimited quantities of distressed eurozone countries? government bonds. As a result, the ECB?s ability to act as a credible financial-market backstop has been weakened, while European governments remain unwilling to fill the void.

Switzerland inflicts a wound on itself

Vote restricting EU migrants will damage the economy. The country relies heavily on highly skilled migrants from the EU to staff those businesses

Swiss did not weigh consequences of referendum, EU says

The Swiss may not have weighed up all the consequences of voting in a referendum for immigration quotas for EU citizens, an EU official said yesterday (10 February).

?I am not sure that all the consequences [of a vote to introduce immigration quotas] have been part of the debate in Switzerland ahead of the referendum,? an EU official told reporters.

Swiss voters on Sunday narrowly backed proposals to reintroduce immigration quotas with the European Union. The results are likely to put EU-Swiss relations to the test, as the Union sees the free movement of persons as a ?sacred? principle which cannot be dissociated from the free movement of goods and services.

Breaking up with lame

On the fifth day of ongoing demonstrations in Sarajevo, a routine is establishing itself and there is a feeling of something new in the landscape of Dayton-constitution Bosnian purgatory ? citizens are breaking up with their fears.

On the fifth day into the ongoing demonstrations in Sarajevo a routine has established itself ? at noon, citizens meet around the tram station across from the Presidency of Bosnia and Herzegovina and the shouting starts (Resignations! Thieves!). Someone steps on the street, everybody follows. The street is blocked. Some time passes, more people gather, then everybody starts walking towards the Government of the Federation of Bosnia and Herzegovina. After spending some time there, everybody is back on to the main crossroad overlooking the burned down buildings of the municipality, Canton and the Presidency.