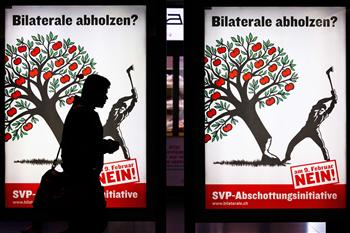 If Britain decides to quit bloc it could find itself in similar position, trying to exercise sovereignty while keeping access to single market

Swiss voters yesterday (9 February) narrowly backed proposals to reintroduce immigration quotas with the European Union. The European Commission regretted the result which it said contravened the principle of free movement of persons between the EU and Switzerland. ?The EU will examine the implications of this initiative on EU-Swiss relations as a whole?, the EU executive said.

While neutral Switzerland is not a member of the EU, its immigration policy is based on free movement of citizens to and from the EU, with some exceptions, as well as allowing in a restricted number of non-EU citizens

Euromaidan protesters sing songs as they warm by the fire barrels near the barricades on Hrushevskoho Street in Kiev, Ukraine on 2 February, 2014. Copyright Demotix

Swiss to vote on halting freedom of movement 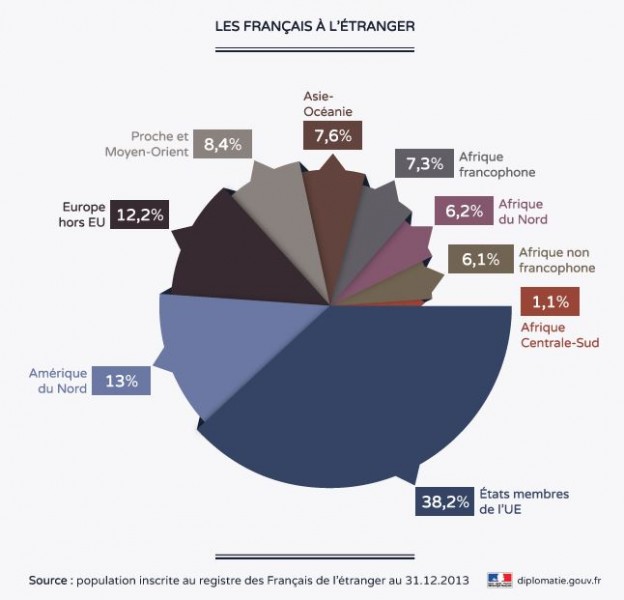 New rules coming into force in Europe this week to shine more light on the $700 trillion (?513 trillion) derivatives markets will take years to produce a clearer picture of these complex products which were at the heart of the financial crisis.

When Lehman Brothers collapsed in 2008 markets were in the dark over a tangle of derivatives on the US investment bank’s books. Financial markets froze because of uncertainty about who was exposed to Lehman’s derivatives, such as credit default swaps or interest rate swaps. US insurer AIG also ran up big losses linked to derivatives.

German academic: US, Europe unlikely to agree on data protection in near future

Surveillance activities are part of the overall US security strategy and spying on Europeans is done to safeguard and protect its allies from possible threats, argues Annegret Bendiek, but views in Paris, Berlin or Brussels are not quite the same.

Annegret Bendiek is the deputy head of the research division on EU external relations at the German Institute for International and Security Affairs and a Robert Bosch fellow of the Transatlantic Academy.

She spoke from Washington D.C. to EurActiv Germany’s Erika Körner.

Why has a complaint by the nation?s taxpayers about the European Central Bank been kicked upstairs to the European Court of Justice?