France’s President François Holland is under considerable pressure as he prepares for his third major press conference today, Tuesday. He plans to explain the country’s futurereform programme just as reports about an alleged affair are focusing attention on his private life. Commentators scoff that the rumours are tantamount to an accolade and are struck by the simultaneous changes in Hollande’s policies and private life.

French President François Hollande wants to revive the country’s flagging economy with a reform package. At his press conference on Tuesday, he announced business-friendly measures and cuts in public spending. The president has become a fighting social democrat, some commentators applaud. Others believe Hollande hasn’t got what it takes to be a true reformer.

Starting in February, Malta is planning to sell EU passports to foreigners, but a European Parliament vote on Thursday (16 January) is unlikely to overturn the decision, as the country has a long track-record of handing out citizenship for a price, EurActiv Germany reports.

Malta will sell passports to foreigners allowing them to travel through all 28 EU member states and/or reside in any of these countries. In contrast to other EU member states, Malta does not require investment or the establishment of a company to receive the document. New citizens do not even have to reside on Maltese soil.

France forcibly evicted a record 19,380 Roma migrants in 2013, more than double the figure the previous year, two rights groups said in a joint report on Tuesday.

Greece’s once-mighty socialist PASOK party will team up with a new centre-left group to contest European Parliament elections in May rather than run alone, after its support was decimated by the country’s debt crisis.

The party, a junior partner in the coalition government led by Prime Minister Antonis Samaras, has been fighting to survive as a political force since backing austerity cuts and is hoping the new alliance will help revive its fortunes.

Candidates for President of the European Commission ? where we stand in January 2014

Back in the early summer of 2013 I wrote a detailed series of blog posts about the future President of the European Commission. There were posts about EPP, PES and othercandidates. Overall those posts have stood up well over the last 6 months. But with the EP elections just over 4 months away, and with the new Commission to be decided shortly after, and with more and more jostling for top positions being covered by the newspapers (see FT earlier in January and FAZ today for example), it?s time to update the state of play.

AUDIO: Are affairs accepted in France?

French society may be becoming less tolerant of affairs, a news correspondent has said 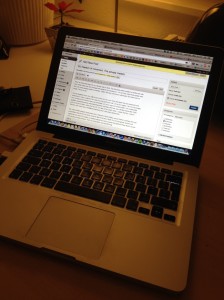 Here I sit writing this blog entry on a Sunday night in Berlin. The Kreuzberg streets outside my window are quiet now; earlier today they were thronged with people in the January sun. I do not know where those people were from who were passing outside my window ? Berlin, Germany, who knows where else. But those were my people. This is my city.

Conventional wisdom suggests that Scottish independence is possible, albeit not very likely, while any country?s departure from the eurozone is fanciful. But the monetary decisions that a newly sovereign Scotland would have to make are at least as likely to be faced by some eurozone countries over the next couple of years.

Migrants contribute more than they take in their new countries, the EU said Monday, adding there has been no massive influx from Romania or Bulgaria this year as feared in Britain

Year after year there are cries that copyright law is not only unfit for purpose in the digital age, but also heavily biased towards the entertainment industries and their corporate masters. Many feel that such laws are simply imposed but in reality the people can have their say, if only they can make their voices heard. That chance is here.

The same European politicians who try to boost their image by appearing at the pro-European protests in Kyiv deliberately ignore the Ukrainian interest in economic relations, writes Boris Kushniruk.

Boris Kushniruk is a Ukrainian economist.

Social and political events in Ukraine which took place last year can become determinative for the policy of the future EU enlargement. In 2014 the EU-integration prospects of Ukraine as well as the Union?s image will depend on the readiness of official Brussels to reconsider the EU enlargement policy.