Public institutions were not able to provide balance sheets and financial statements in conformity with the format required by the Court of Accounts, Finance Minister Şimşek has said 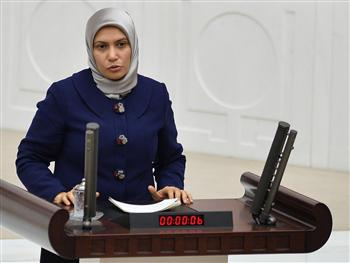 AKP Bursa MP Canan Candemir Çelik made a speech from the rostrum, marking a first

Where Are The Women?

A quick post before my laptop runs out of juice. My power cord just died and it will be a couple of days before I can replace it since I?m in transit.

I wanted to draw your attention to an article by David Lepeska in AlMonitor that gives some numbers for the participation of women in the Turkish political system at all levels. They are taken from a recent report by the Directorate General of Local Administrations, based on 2012 Interior Ministry statistics. It is scandalously low, sometimes approaching zero:

The journalist who recently reported a leaked story on a document from a 2004 MGK meeting should face the consequences, Deputy Prime Minister Arınç has said

More discontent of AKP does not mean increased support for opposition

A year ago around this time; I had conducted an interview with Bekir Ağırdır

CHP and the US rediscover each other

Question: ‘Who is the AKP deputy who betrayed his party?’ Clue: İdris Bal’s picture

HDP?s doors not closed for alliance with CHP

The People?s Democratic Party (HDP) has its doors open for any prospective alliance in the upcoming local elections with the main opposition CHP, the HDP?s co-chair Sebahat Tuncel said