Florence Mayor Matteo Renzi won a primary vote to become leader of Italy’s centre-left Democratic Party (PD), preliminary results showed on Sunday (8 December), giving him influence over the fragile coalition government and the timing of the next elections.

Gazprom Pushing for Peace With EU

While Ukraine?s European fate may be dominating the headlines as tens of thousands of pro-European demonstrators flood Kiev?s public spaces, a deeper source of tension looms beneath the surface, largely outside the eye of the non-financial media. At the heart of the tensions are accusations by the EU?s competition authorities that Gazprom has abused its market position. If EU regulators are successful, they could deal a serious blow to the company?s modus operandi in Eastern Europe, a cornerstone of Russia?s geopolitical strategy.

As a media trainer and committed European I despair that an organisation as valuable as the EU is too timid to employ the basic principles of good communication.

Economic imaginary of the European knowledge economy ? ideas and discourse

Too many acronyms, not enough heads: EU?s image problem revisited in Berlin debate

Criticism of Europe has become a recurrent feature in the media with the eurozone debt crisis. But German media received a slap on the back for its quality coverage of EU affairs at a debate in Berlin last Monday (2 December).

The media plays a central role in the perception of Europe, which also explains why they are such an easy scapegoat when it comes to public scepticism towards Brussels.

Volunteer translators following the Euromaidan protests in Ukraine have organized on Facebook, setting up pages like Maidan Needs Translators and Euromaidan Translators where urgent news from the protests that require translation to reach a wider international audience are shared and Euro-Maidan As It Is, where translated content is published.

A Protest of Historic Proportions: 15 Photos From Kiev 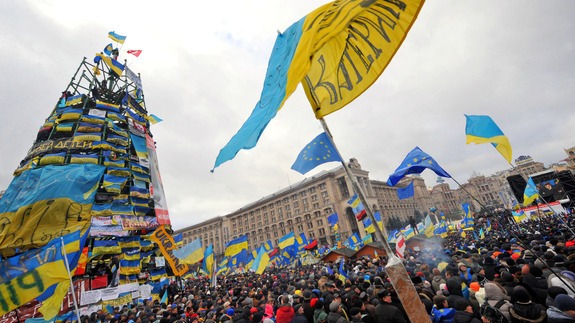 Protests in Kiev, Ukraine’s capital, have evolved over the past week from groups of chanting citizens to demonstrations of hundreds of thousands of people, some of whom are demanding the resignation of President Viktor Yanukovych after he refused to sign free trade and political agreements with the European Union.

American actor and political activist George Clooney has sent a message of support for the Ukraine protests via YouTube. In the video, he explains how the US has achieved its democratic system by a process of trial and error and encourages the protesters in Kiev?s Independence Square to continue their struggle.

Reasons Behind Ukraine’s Protests Run Deeper than ?Pro-EU? or ?Anti-Russian?

What most media and people following the recent developments in Ukraine know as ?pro-EU? or ?anti-Russian? protests after the Ukrainian government backed out of a historical agreement with the European Union that was to bring Ukrainians one step closer to Western Europe, are in fact protests that seem to have been in the making for the past several years.

The Eastern Partnership: The road from Vilnius leads to ??

The EU?s Eastern Partnership has run out of steam. It was launched in 2009 with the stated goal of creating “the necessary conditions to accelerate political association and further economic integration? between the EU and its partners. But of the six partners, one (Belarus) was already under EU sanctions in 2009; and one (Azerbaijan) has shown little interest in the partnership ? particularly those aspects which would require it to improve its governance and human rights record.

The opposition in Ukraine now hopes to topple the government of President Viktor Yanokovych with a vote of no confidence. The members of parliament will debate the vote in Kiev today, Tuesday. The EU should offer the demonstrators its unconditional support, some commentators demand. Others don’t believe Ukraine will change its pro-Russian course now.

As Ukraine’s Protests Escalate, #Euromaidan Hashtag Lost in a Sea of Information 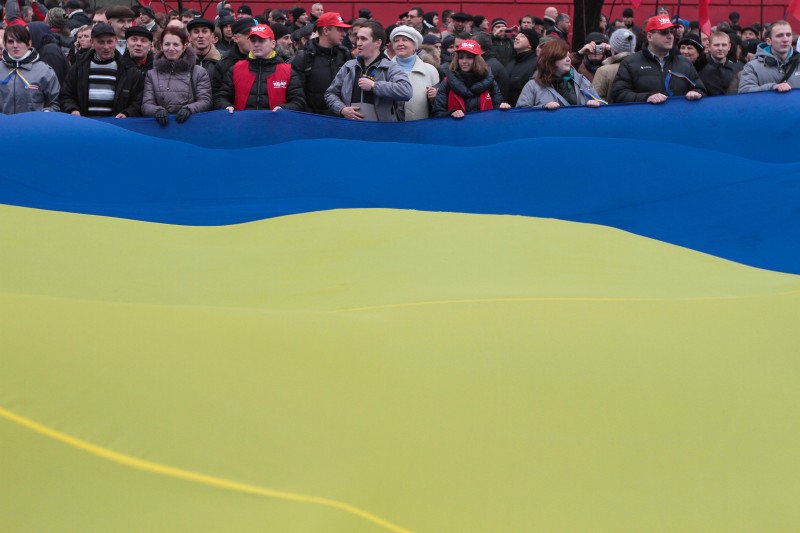 Protesters gathered under flags in Kyiv to demand that the Ukrainian government reverse its policy decision and sign a landmark agreement with the EU. Photo by Sergii Kharchenko. Copyright Demotix.

The current conflict in Ukraine tends to cast the country?s future choices in terms of membership of either the EU or the Russian Customs Union. The former is unlikely and the latter unworkable. But there could be other ways forward, contends David Marples

As secretary of the PD, the brash 38-year-old will likely have to tone down the rhetoric calling for the ouster of the party’s top brass that has helped make him one of the country’s most popular political figures in the past two years. 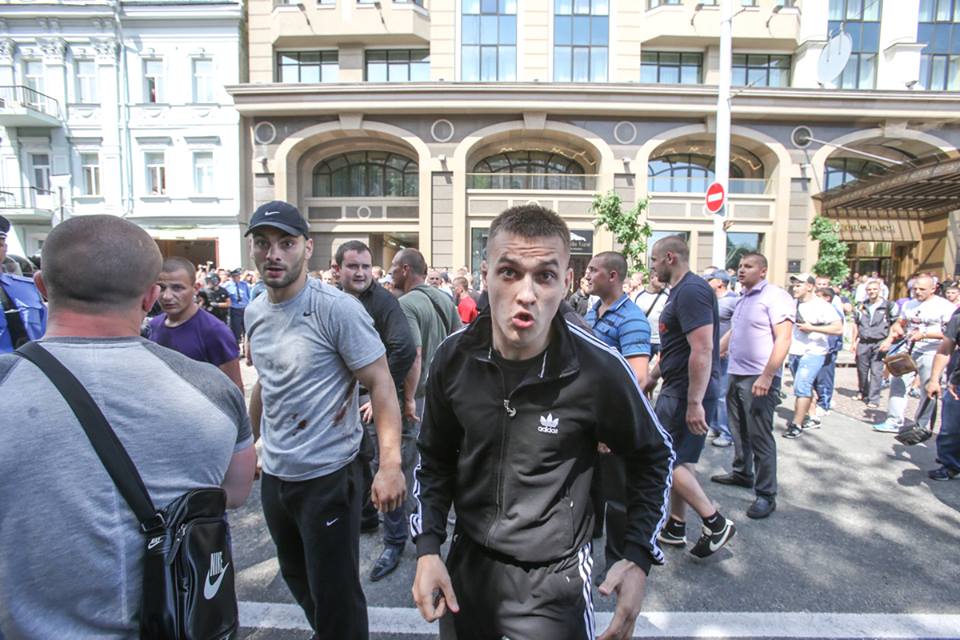 Far-right agents provocateurs have been infiltrating the Euromaidan protests in Ukraine, and provoking the police and protesters to violence. Anton Shekhovtsov reports

?This week-end more than 20 people were injured by Moroccan police as they protested peacefully against the EU?s plans to fish in Western Sahara. Videos of Saharawis being beaten while shouting slogans against the EU plans are now all over the internet. These Saharawis have a right to be heard. A people?s right to self-determination is explicitly carved out in Article 1 of the UN Charter. Today, on the International Day of Human Rights, the European Parliament will decide whether or not to ignore that right for the people of Western Sahara through a controversial fisheries agreement. Do Human Rights and international peace mean anything for the EU when the Union?s own short-term interests are at stake?

Are Ukraine’s Protests About to Turn Very Ugly?

The massive pro-European protests in Ukraine’s capital have all the makings of a picture-perfect revolution: a square filled to the brim with demonstrators around the clock, a toppled statue of a former dictator, and riot police shields adorned with flowers provided by protesters.

The Bulgaria and Romania debate is mired in cynical fantasy

Politicans are stoking fears and tensions because they are powerless to do anything of substance. This is the worst of all worlds. It is cynical, irresponsible, inflammatory and exposes a major democratic deficit.
MAIN FOCUS: WTO agrees on trade deal | 09/12/2013

The World Trade Organisation signed its first ever global free trade deal on Saturday. At their meeting in Bali, the 159 member countries agreed on a large-scale reduction in customs duties and subsidies, among other issues. Some commentators talk of a paragon multilateral agreement and are confident that it will benefit all parties involved. Others believe that once again the exporting nations will get the best of the deal.