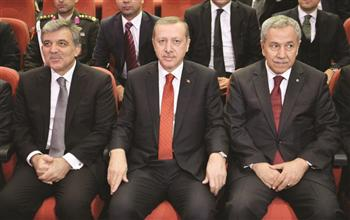 Misunderstandings will be resolved through ?dialogue among brothers,? says PM Erdoğan

Misunderstandings should be resolved through ?internal dialogue? within the ruling Justice and Development Party, Prime Minister Recep Tayyip Erdoğan has said

Erdoğan gets ready for a new Kurdish move

Last week, CHP’s Mehmet Haberal, who was released from prison in August in the Ergenekon coup plot case for time served, held a meeting with MHP’s Oktay Vural. After Haberal’s release, the CHP has one deputy imprisoned, Mustafa Balbay, who was .

Devlet Bahçeli, leader of the Nationalist Movement Party, has slammed governors, especially the governor of Adana

One of the world?s most beautiful and largest cities, Istanbul deserves to be ruled by a social democrat mayor

Wikileaks has revealed interesting information about Mustafa Sarigul, the MP for the Istanbul district of Sisli who is now preparing to run in the race to be the new