Marmaray tunnel will be the ?strongest structure of Istanbul,? Turkish minister says

Istanbul?s grand Marmaray tunnel project, which is expected to be opened to use on Oct 29, the day of Turkey?s Republic Day holiday

Turkish vacationers, swarming to planes to get away for the nine-day long holiday of Eid al-Adha 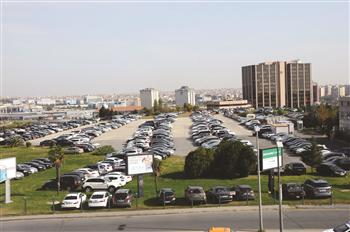 The luxury apartments and the homes are one of the latest trends that have just started in the business of Istanbul real estate. This is the reason that makes this

Despite all the water, Istanbul is not known as a place to go for a dip. The main waterway is the domain of boats and fisherman. However you can make trips to

The argument that rapprochement between Iran and West will bring changes in strategic relations in the region is ?being exaggerated,? according to Turkish President

The US is ?seriously concerned? about Turkey?s decision to purchase a missile system from China, the US Ambassador to Turkey says

The Syrian Medical Centre is a long-term care facility for those wounded in the Syrian conflict.

Ankara?s decision to buy a weapons system from a Chinese company signals that Turkey has lost its way on foreign policy.

Riyadh to shift away from US over Syria

Saudi Arabia?s intelligence chief has said the kingdom will make a ?major shift? in dealings with the United States

Apparently, the ?Kanal Istanbul Project? announced by Prime Minister Recep Tayyip Erdoğan in the 2011 elections is being prepared. Transportation Minister

Then move on to one of the daily specials, perhaps patlican dolmasi, a whole sun-dried Hatay eggplant stuffed with firik, before gilding the lily with kunefe,

I love Istanbul because it stands against what is portrayed of East and West today: two different worlds, far away from understanding each other, writes Aslihan