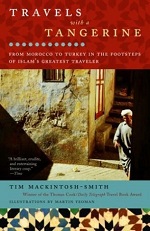 I keep all the Anthropology Blogs 2013 in a big Feedlysubscription. Got behind and scrolled through over 400 articles in the last few weeks. These are the things that caught my interest, recent anthropology blog-posts that seemed worth a clickthrough. I?ve tried to do some rough groupings around themes of race and racism, classic anthropology revivals, evolution, literacy, the state, and thoughts on government shutdown. I was also pleased to see some great posts from anthropology blogs recently added to the list. For more anthropology, check out the anthropology blogs for yourself!

Last week, I posted the first Savage Minds Occasioal Paper (hereafter, ?SMOP?) featuring Alfred Kroeber?s article ?The Superorganic?. This week I bring you the second occasional paper, ?Responses to ?the superorganic??, which features Sapir and Goldenweiser?s response to Kroeber. You can find it here:

Savage Minds Occasional Paper #2: Responses to ?The Superorganic?: Texts by Alexander Goldenweiser and Edward Sapir. Edited and with an introduction by Alex Golub

The United States and the world are changing rapidly.  These new conditions challenge the ability of the social, behavioral and economic sciences to understand what is happening at a national scale and in people?s daily local lives.

Inconsistent values: some thoughts about money

Here is another post I rescued from the Savage Minds server meltdown fiasco?

Money is pretty strange, especially the more you really think about it.  What makes people willing to hand over things like DVDs, steaks, and churros in exchange for a piece of paper with ridiculous little pictures and numbers all over it?  Why would anyone trade a delicious arrachera taco, say, for a grubby little piece of metal with an eagle stamped into it?  Why do sane people accept these transactions as reasonable, let alone desirable?  Well, there are of course a lot of reasons behind these kinds of decisions, including everything from the political power of states to a kind of trust that exists within a community of users.  One question that always gets me thinking is this: what exactly upholds the value of money?  State power?  Trust?  The symbolic meanings  that people attach to money?  Habit?  A big global conspiracy?  All of the above!?!*

King of the Jungle: Anthropology professor publishes book on grief in the …

The anthropologist in the romantic public imagination is a khaki-clad character strongly resembling Indiana Jones who explores ?exotic cultures? in remote locations across the globe. In today’s world, however, the anthropologist might instead be found