In the wake of the Lampedusa disaster Europe is discussing its refugee policy. France wants to put the issue on the agenda of the EU summit at the end of October, and Tuesday’s meeting of EU interior ministers will also deal with the shipwreck tragedy. Commentators say Europe has turned a blind eye to the deaths on its borders for too long, and call for greater cooperation with the countries of origin.

10 Most Beautiful and Underrated Cities in Europe EscapeHere

Can Europe afford its social model and still be among the most competitive economies in the world? Juan Menéndez-Valdés, Director of the European Foundation for the Improvement of Living and Working Conditions (Eurofound), the Dublin-based EU Agency, argues that the European social model is more important than ever.

Juan Menéndez-Valdés, Director of the European Foundation for the Improvement of Living and Working Conditions (Eurofound), the Dublin-based EU Agency.

The population of 38 bird and mammal species has risen over the last fifty years across the EU, according to recent research, showing that the ecosystem is capable of restoring itself to its natural equilibrium when given the right ingredients, writes Luke Dale-Harris.

Luke Dale-Harris is a freelance journalist and media editor for Milvus Group, a Romanian ornithological and nature protection organisation.

Last week the unusual happened. Europe received positive news about the environment. Not just a claim that maybe things aren?t quite as bad as we previously thought, but the release of a report which shows, quite clearly, that for many species across large swathes of Europe, things haven?t been better for decades.

Can demography explain Portugal?s growth slump before the crash? 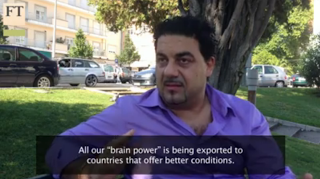 The above still comes from a recent Financial Times video entitled ?Portugal?s Brain Drain?,which can be found here, and which I encourage everyone to watch. The issue being raised revolves around the current acceleration of emigration from countries on the EU periphery, largely towards the EU core. Typically the emigrants are young educated people who can?t find work. There is nothing especially surprising in this, since the tendency has long existed for people to move from more depressed areas to economically more dynamic ones. The exodus from Detroit in the United States immediately comes to mind. Or Scottish people getting on the bus to make the fateful journey from Edinburgh or Glasgow to London. The Schengen accord simply extends this process which used to take place within nation states to single market zones, or currency unions. But does this extension have consequences for the participating states which were not anticipated at the outset, and are these consequences all benign?

Europeans want better control of their health through self care: Survey

SPECIAL REPORT / Europeans wish to take greater control of their health through self care, but face barriers and are missing out on the personal, social and economic benefits available, according to a new survey launched at the European Health Forum in Austria on Thursday (3 October).

According to the survey by Epposi, a Brussels-based health think tank, consumers want to use self care to take greater control of their own health and well-being.

Around 2,000 Europeans took part in the survey which was conducted in 10 countries: Denmark, Finland, France, Germany, Italy, the Netherlands, Poland, Scotland, Slovakia and Spain.

The Council of Europe has long been putting pressure on the Greek government to suspend the operation of this organisation. But it has taken a long time and much grief before this preventive action was taken.

Call for a broad anti-fascist alliance in Greece

It is only a broad anti-fascist alliance which will actively condemn and oppose any form of violence, focusing on the defence of democratic institutions to reenergize democratic practices, that will disarm Golden Dawn politically and culturally in the longer term.

The way the European Union regards science and research is changing. There is an increased emphasis on producing marketable deliverables for financial gain. At the same time, the advent of Horizon 2020 raises important yet often-overlooked questions.

Where is it exactly that European research policy is heading? And is this in line with where it ought to be heading, if it really is to create a ?new Renaissance? with the potential to transform the way Europe ?does? science for the better and in a way that is sustainable for the long term? 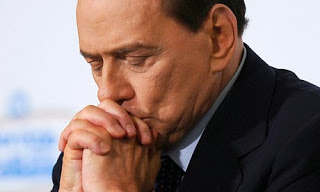 The Italian Senate‘s Immunities Committee has recommended that Silvio Berlusconi be ousted from parliament as a result of his recent tax fraud conviction. The Committee will now submit a motion to the full Senate for approval within the next 20 days. The final plenary vote is supposed to be a mere rubber-stamping exercise, so we wouldn’t expect any surprise.

More than 130 refugees drowned on Thursday morning in the waters off the Italian Island of Lampedusa when the boat carrying them caught fire and capsized. Around 200 people are still missing. Commentators see the tragedy as a symbol of the EU’s selfish policy of sealing itself off and call for more humane and united asylum legislation.

Angela Merkel might have won the last German elections, but she now needs a new coalition partner. So who will it be? Coalitions can be formed willingly by intentional partners, or they can emerge out of necessity, forced by the reality of the vote.

The handling of the case against Greek far-right party the Golden Dawn has divided the coalition government and triggered a war of words between the centre-right New Democracy and the left-wing opposition party Syriza. EurActiv Greece reports.

The recent assassination of anti-fascist rap artist Pavlos Fyssas by a Golden Dawn supporter has opened up a political Pandora?s Box in Greece, brining to light serious criminal activities of the far-right party Golden Dawn after an investigation by the Greek justice system.

Elections moods in the German heartland and Greek megalopolis

Dr. Lois Woestman, both a Greek and US citizen, is an External Funding Officer at the University of Marburg, Germany and an independent research/policy advice consultant for UN and international non-governmental agencies.

There was a hole in the clouds as I biked along the Lahn river Monday, the day after elections were held here in Germany. Like a wormhole, the sky-eye transported my mind back to Athens of a bit over a year ago, when feelings were running high as Greeks were deciding whether or not to remain in the Euro. The German elections, at least as they appeared from my ground?s eye perspective in its heartland, could not have been more different.