Turkey?s top defense procurement body has canceled a contract which was earlier won by Koç Holding

All will be surprised by democracy package: Turkish PM Erdoğan

Turkish Prime Minister says different segments of the society will be surprised by the democratization package?s content

Ban on Kurdish letters to be lifted with democracy package

The letters used in the Kurdish alphabet but forbidden in official documents in Turkey – q, x and w – will be open to use 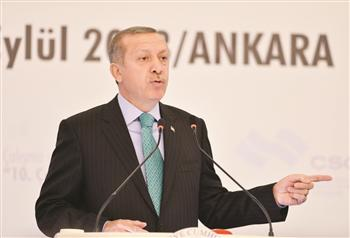 The democratization package to be presented by PM Erdoğan on Sept. 30 is expected to include a cancelation of a ban on political parties holding their activities in languages other than Turkish

Presenting the democratization package as a ?success? for the outlawed Kurdistan Worker?s Party?s (PKK) is tactless, Deputy Prime Minister Bülent Arınç has said.

MHP to announce local election nominees for 2014 on Sunday

I know nothing about ruling AKP’s plan: Main opposition leader

BDP to be in Kandil on ?democracy package? day

Peace and Democracy Party (BDP) deputies will be in the Kandil Mountains of northern Iraq on Sept. 30

As part of preparations for the upcoming local elections, the Justice and Development Party has surveyed