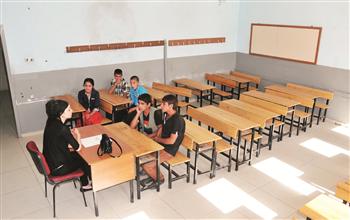 The third round of dialogue between the Turkish government and the outlawed Kurdistan Workers? Party (PKK) started less than a year ago

Turkey?s year-end budget deficit will come in below the 34 billion Turkish Liras ($16.8 billion) currently forecast by the government

Turkey?s ruling AKP has launched a massive project to boost the party?s social media presence by hiring over 6,000 new employee

The format of the ongoing dialogue on the Kurdish peace process should shift to one of ‘negotiation,’ Öcalan says

AKP steps up efforts on social media, seeking to move the organisational edge it traditionally enjoys over opposition party into cyberspace