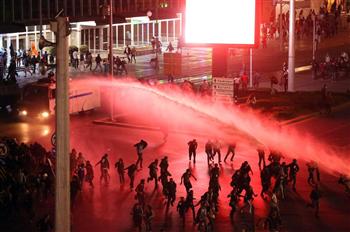 The PKK?s urban wing has vowed to support the ?democratic protests across the country?

Police in Turkey clash with demonstrators after the death of a 22-year-old activist in the south-eastern city of Antakya.

When is it free to assemble in Turkey?

Another young man, Ahmet Atakan, 22, lost his life during a demonstration on Sept. 9 in Antakya 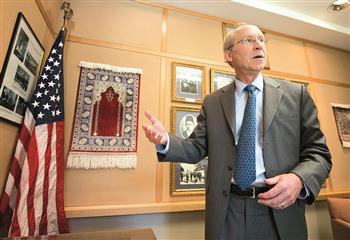 The atmosphere in Gezi Park during the height of the protests in June was reminiscent of the ferment of 1968, according to U.S. Consul General to Istanbul Scott Kilner

Lawyers to focus on ?terror organization? in Dink case

The ?terror organization? aspect of case over the assassination of Hrant Dink will be more focused according to lawyers, as it will restart next week

The trial of suspects who demonstrated in İzmir in support of the Gezi Park protesters started on Sept. 10 with protests in the courthouse,

A compilation made by bianet revealed that male perpetrators left 15 women killed, 16 (including young girls) raped, 19 injured and 18 harassed in June 2013.

Cemevis neither equal nor the opposite of mosques: Turkish Deputy PM

Cemevis, the Alevi worship houses, are neither the equal nor the opposite of mosques, Deputy Prime Minister Bekir Bozdağ has stated