The outlawed Kurdistan Workers? Party (PKK) has halted its pullout from Turkey bu cease-fire will continue

Turkey’s Kurdish rebels have halted withdrawing their fighters from Turkish territory, which is a key part of a peace plan, accusing Ankara of not abiding by the deal’s terms, a pro-Kurdish news agency reported on Monday.

Five years after the global economic crisis, global capitalism is in a new place. Central countries faced the crises under different conditions and a separation also occurred 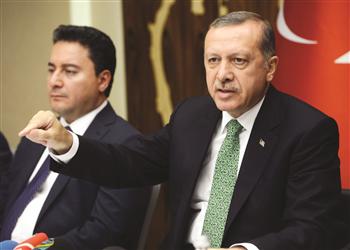 It was Prime Minister Recep Tayyip Erdoğan who hinted that the legislative year could well begin in mid-September, two weeks before its normal beginning on Oct. 1.

Despite resistance within the main opposition, Sarıgül?s candidacy is expected to be announced at the beginning of November at the latest

The main opposition leader has put the ball back into Mustafa Sarıgül?s court over the latter?s possible return to CHP amid speculation that he could announce his candidacy for the mayoralty of Istanbul

Turkey?s trade prospects, which is estimated to reach $1.2 trillion in 10 years, require country to boost its efforts and accomplish $200-billion worth investments, the transport minister has said