Healthcare workers in demand across EU

Data show sector is one bright spot as overall vacancies across the continent fall 4 per cent in past year as eurozone?s economic crisis continues

Greek Cypriots are receiving their comeuppance for abusing their position in the EU to punish Turks back when they joined the bloc, an analyst says

Spain ? The Recession May Be Ending But The Crisis Continues

What follows is an interview I did over the summer with the Madrid based publication The Local.

Let?s start with the basics: what are Spain?s current economic problems?

Election campaign has been dominated by a polarised debate over schools, healthcare and how best to spend the country?s vast oil wealth

The chess set between Moscow and Brussels, whose prize for victory is Ukraine, begins to resemble the ?Chapayev? game. For those who are not in the know of the rules of this game I will explain: players place the pieces along the back rows of the chessboard and knock out the opponent?s pieces ? by flicking their index finger. Who knocks out all of the opponent?s pieces first wins.

The Polemic of Restrictions on the European Labour Market

For the last six years we have been having the same polemic and continuing a dialogue of the deaf regarding the subject of restrictions on the European labour market applied to Romanians and Bulgarians.

Some ratings still matter in the eurozone

A general view seems to have come to pass (and not without good reason), that ratings actions in the eurozone have much less significance these days. This is mostly because the ratings agencies tend to ‘lag’ the market ? meaning that a downgrade only comes once everyone already knows a specific country is struggling. The main outcome is usually a bad-tempered back-and-forth between governments and the agency in question, and then another call for EU regulation of rating agencies.

The German election campaign lacks vision and fresh ideas. This is no accident. It?s the tactical brilliance of Angela Merkel. 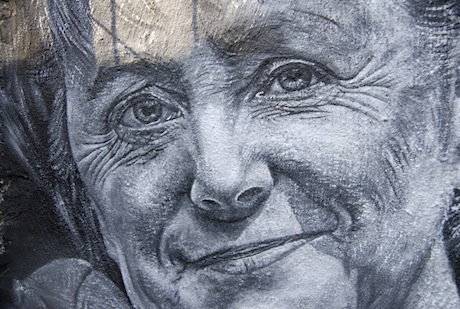 Flickr/Abode of Chaos. Some rights reserved.

Italian cabinet in danger over Berlusconi?s possible eviction from Senate

A special committee of the Italian Senate meets today (9 September) to consider expelling Silvio Berlusconi following his conviction for tax fraud, a decision that could shatter the fragile ruling coalition and plunge Italy into fresh political crisis.

Senior figures in Berlusconi’s centre-right People of Freedom (PDL) party have threatened to pull out of Prime Minister Enrico Letta‘s government if Berlusconi is stripped of his seat in the Senate.

If biofuels received no EU policy support, the price of food stuffs such as vegetable oil would be 50% lower in Europe by 2020 than at present ? and 15% lower elsewhere in the world ? according to new research by the EU?s Joint Research Centre (JRC).

The ?significantly lower? results are because global prices for vegetable oils ? which are 60% palm and soy oil ? are ?strongly driven? by their use as food, says the paper by the JRC, the EU’s official scientific and technical research laboratory.

Named by Lonely Planet as the top 10 European travel destination for 2013, the city of Porto in the north of Portugal ?has emerged as a vibrant arts capital that?s rightfully getting a lot of buzz as a great value destination?, according to the travel guide publisher. But there is more than meets the eye in this picturesque city home to a World Heritage UNESCO site, flavourful wines and hospitable people and weather.