In the wake of Microsoft announcing that it wants to purchase Nokia?s devices and services business, many have commented that it is a move long in the making ? uniting its Windows Phone software with its main hardware partners makes a lot of sense.

Microsoft-Nokia Deal Proves Apple Was Right All Along

Microsoft has gone ahead and made it official by slipping a $7.2 billion ring on Nokia’s finger to acquire the Finnish company’s phone business. The deal, which had been rumored for some time, puts that last big piece into place for Microsoft to have end-to-end control over theWindows Phone ecosystem. In essence, Microsoft has become Apple.

The news that Microsoft has agreed a deal to buy Nokia?s mobile handset business is huge, but while it shores up a steady supply of Windows Phone devices, it?ll likely be the death knell for Nokia?s Asha series as we know it today. More than that though, it gives Microsoft tablet power that it didn?t previously have.

Here are the parts of Nokia that Microsoft ISN?T buying

Nokia is first and foremost a phone manufacturer ? with Microsoft?s announcement that it is buying the devices group of Nokia, what else is left of the Finnish company?

The answer: its technologies.

Tor Gets Boost From Anonymous Browsing Uptick After PRISM

Tor looks and acts like a browser from 1999 — the ones where you could make a cup of tea in the time it took a GIF to load. But it’s more than that (no one would put up with that level of inconvenience otherwise). Tor is a privacy protocol that can be …

Use of Anonymous Tor Network Surges in Response to NSA Revelations

More Than 1.2 Million People Are Now Using The Web Browser That Lets You …

In response to the New Zealand government’s passing of the controversial GCSB Amendment Act, a purported representative of ‘Hactivist’ group Anonymous says the group will “broaden the scope of [its] NZ operations” over the next week with “Operation … 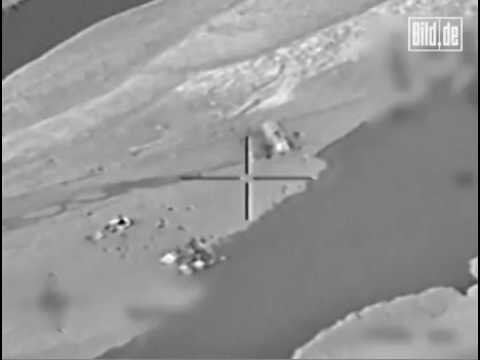 Wikileaks editor-in-chief Julian Assange and his legal team have issued an Affidavit to the police authorities in Sweden to coincide with US President Obama?s visit on his way to the G20 summit. The Affidavit is highly significant for a number of reasons. 1. it includes further details re. the Garani massacre of more than 60 women and children (video understood to have been seized by US intelligence and is no longer available; the above photo, sourced by Darker Net, is believed to be a rare still from the video). 2. the illegal surveillance of Assange may have implications for the upcoming appeal by Manning?s team against conviction/sentence. 3. the Affidavit also includes comprehensive timelines and links that provide a contextual understanding to the events preceding and following the allegations of sexual misconduct raised against Mr. Assange in Sweden: these events include the seizure (theft) of data held by Wikileaks and the collaboration of US, Australian and other intelligence services.

Altogether, the Affidavit presents a picture of espionage intrigue, the cover-up of US war crimes with Manning as scapegoat, and the persecution of Wikileaks and digital journalism. Other affidavits are expected to be lodged in Germany, Australia and possibly the UK.

Snowden, the State, and the Future of Internet Governance

opencanada.org ? The classified documents leaked by Edward Snowden outlining the online surveillance practices of the U.S. National Security Agency ignited a raging debate in the United States over what constitutes appropriate online conduct by governments. That

When Google and Microsoft “Stand Together” against US spying, you know stuff just got real

“To followers of technology issues, there are many days when Microsoft and Google stand apart.” Quite an understatement, but so begins a recent blog post by Microsoft’s General Counsel and Legal/Corporate Affairs EVP Brad Smith. Why are the two tech arch-enemies joining forces? “The Government?s continued unwillingness to permit us to publish sufficient data relating to Foreign Intelligence Surveillance Act (FISA) orders.”

The Copyright Monopoly Was Created As A Censorship Instrument ? And Is Still Used As One 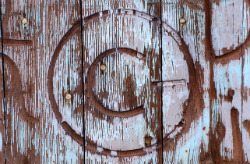 When the printing press hit Europe, royalty and clergy panicked.

All of a sudden, they had lost the gatekeeper position of determining what culture and knowledge was available to the masses, and by extension, lost control of the political discourse of their time.

Schneier on NSA intimidation, and the expanding surveillance state

Internet security expert Bruce Schneier writes about Lavabit founder Ladar Levison’s“extreme moral act in the face of government pressure,” in closing the security-focused email service rather than complying with a US government order to share user data.

Tor: The Anonymous Internet, and If It’s Right for You

Since the revelations about NSA spying came to the surface earlier this summer, everybody’s paying a little bit more attention to their privacy online. That’s good news for Tor, a suite of software and network of computers that enables you to use the …

Tor Gets Boost From Anonymous Browsing Uptick After PRISM

Use of Anonymous Tor Network Surges in Response to NSA Revelations

More Than 1.2 Million People Are Now Using The Web Browser That Lets You …

Anonymous hacks the pro-Assad hacker group known as the Syrian Electronic Army, compromising servers and obtaining members’ names along with user IDs and passwords, as part of Operation Syria (#OpSyria). According to a report issued Sept. 2 by The …