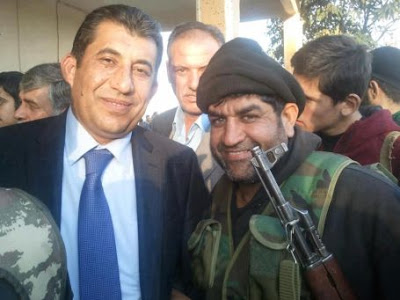 Today I saw the pic above. On the left, AKP’s Mayor of Ceylanpınar. Turkey actually fuels the fight in Northern Syria by actively encouraging Nusra jihadis…

White House should not have condemned PM Erdoğan for statement unrelated with US: Davutoğlu

Foreign Minister Ahmet Davutoğlu said that he had conveyed his unease to officials in Washington regarding the White House?s condemnation of Prime Minister Recep Tayyip Erdoğan?s comments

The Despair Over Mubarak’s Pending Release — in Twitter Memes 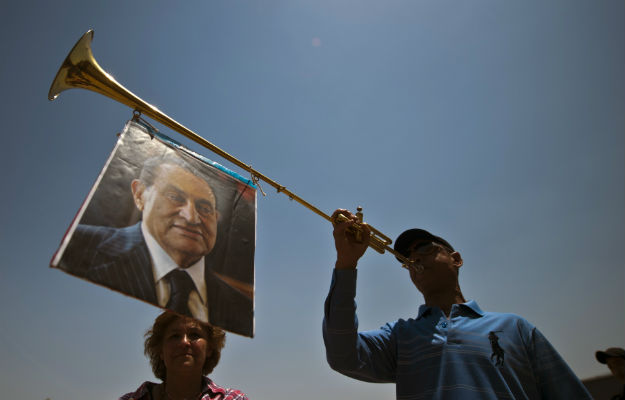 On Wednesday, an Egyptian court ordered Hosni Mubarak, the ousted Egyptian dictator, to be freed from prison, where he has been awaiting trial on a slew of charges related to abuses during his time in office.

A militarized media in Egypt: a dirty war making many of us blind

The people will soon see the ?true colours? of SCAF ? or will they? It depends where they get their information from.

The ?sectarianization? of Egyptian society

What are the particular circumstances in modern Egyptian history that have imparted such weight to sectarian appeals and permitted the emergence of two solitudes?

The European Union called for a “thorough and immediate” investigation into an alleged chemical attack in Syria after rebels said hundreds of people were killed on Wednesday (21 August) in a gas attack and shelling by President Bashar al-Assad‘s forces.

A Damascus opposition monitoring group said 494 people have been killed in the attack, citing data from medical centers in the Syrian capital.

The U.N. Security Council said it was necessary to clarify an alleged chemical weapons attack in Damascus suburbs but stopped short of demanding a probe by U.N. investigators currently in Syria

U.S. defense chief Chuck Hagel spoke with his Israeli counterpart Moshe Yaalon about Egypt, Iran and the ongoing violence in Syria, including claims of a chemical weapons attack

The White House statement against Turkish Prime Minister Tayyip Erdoğan?s Aug. 20 remarks about Israel being behind the military coup

The head of the National Intelligence Organization (MİT) met with Egypt?s toppled President Mohamed Morsi around 10 days before the military takeover

The National Security Council (MGK) condemned Egypt for the crackdown on supporters of Mohamed Morsi while calling the U.N. Security Council to ‘immediately act’ over reports of a chemical weapons attack by Syrian regime forces

The ruling Justice and Development Party (AKP) has ordered all municipalities that it controls to cancel all events due to the ongoing unrest in Egypt, according to daily Hürriyet.