Using Nobel metaphors ?to make a point? suddenly, and yet again

Mustafa Sonmez writes in Hurriyet that poverty rates in Turkey are still higher than in the EU despite recent economic improvements. 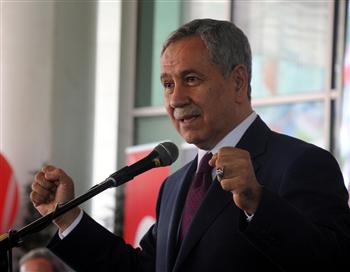 Deputy PM asked a local singer not to sing a folk song because the song contained the word ?rakı? in the lyrics

Ihbar, Haber, and Serendipity: Sliding Into A Police State

Ihbar means to denounce, to warn and to communicate, a dangerous conflation of meanings that elides the line between getting a neighbor arrested and simply passing on some news. The Arabic-rooted word ihbar comes from the more innocent root haber: news, information, tidings, rumor. Once you add human intent to the mix, a Pandora?s Box of ill intention is opened. Ihbar as a concept is always much in the news in Turkey with widespread phone tapping and surveillance and the use of secret witnesses and confidential informants in trials. Ergenekon trial evidence was tainted by exactly this lack of transparency. Allowing ihbar as evidence allows the judicial system to be used as a form of oppression, a club wielded by someone with a mask and a purpose, rather than a fair and open airing of a dispute.

Quote of the Week: ?A Cultural Map of? Turkey? by Bruce Rankin, Murat Ergin, and Fatoş Gökşen

Based on our analysis, there appear to be three broad clusters in the cultural space of Turkey. One is the ?engaged cosmopolitans? who have embraced a more urban and globalized culture, both in taste, particularly in music, literature, and cuisine, but also in participation preferences. They are also active users of new media, including the internet and its social networking websites. This cultural pattern is consistent with reports of a growing cosmopolitanization of tastes among the new globalized middle class of contemporary Turkey (Ayata, 2002; Bartu and Kolluoglu, 2008; Emrence 2008). With its history of Westernizing cultural engineering, it is probably not surprising that a sizable proportion of the adult population exhibits these tastes. However, nearly all of the categories that measure local culture fail to differentiate clusters, suggesting that claims that this cultural group is ?deterritorialized? (Üstüner and Holt, 2009) may be exaggerated, as our finding suggest that its members are probably also regular consumers of the local high and popular culture.