The vandalism and looting of Cyprus’s cultural heritage that has occurred since 1974 is unworthy of any civilised nation Martin Kettle’s claim that Turkey is “held hostage by the atavistic parochialism of a Greek Cypriot statelet of fewer than one million people and with a declining GDP of $23bn” is far from the truth. Kettle concerns himself with “the big issues” facing Europe such as its .

Turkey: When Erdoğan Looks at Egypt?s Morsi, Does He See Himself?

Turkish Prime Minister Recep Tayyip Erdoğan is critical of Egypt?s military for unseating the country’s first democratically elected president, the Muslim-Brotherhood-backed Mohammed Morsi. At the same time, the July 3 coup in Egypt appears to be encouraging Erdoğan to maintain his own get-tough policies in Turkey, analysts say.

Germany had a role in the countrywide Gezi Park protests, a senior ruling party lawmaker says

Turkey?s miscalculations in the Middle East 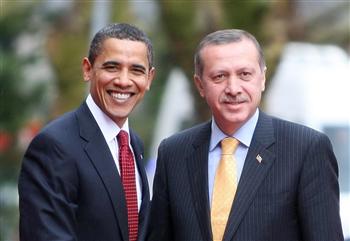 Turkey?s political, psychological and security climate is getting heavier

The country should leave polarization behind and unite for the European Union membership bid, President Abdullah Gül says in his Eid message

European policy driving the geopolitically sensitive Turkey into the arms of Russia and Iran is ironic, absurd and shortsighted Turkey’s “no” last month (a vote cast together with Brazil) to the new sanctions against Iran approved in the United Nations security council dramatically reveals the full extent of the country’s estrangement from the west. Are we, as many commentators have argued

Egypt and Turkey; a matter of style

For some, the problem in Egypt was a product of haste and inexperienced impositions of the Muslim Brotherhood on the rest of the society

Turkey, Egypt and the end of high expectations

asked Ilter Turan, a professor at Istanbul’s Bilgi University. “The channels for Turkey’s leaders to have an influence in Syria are closed unless they have dialogue with Syrian Kurds, especially after it has become clear it will not be that easy to