This is the photo he tweeted while he was in Istanbul…

This is where I am pic.twitter.com/THqHRgk4DB 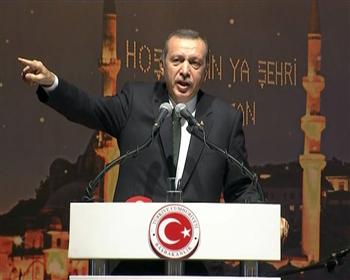 Prime Minister Recep Tayyip Erdoğan has said a planned park to be built in the Zeytinburnu district of Istanbul should be a ?city park?

The Hagia Elia Church, which belongs to Turkey?s White Russians, is set to be reopened Aug. 2, with a ceremony led by Fener Greek Orthodox Patriarch Bartholomew

This September Istanbul will be hosting Italian artists. Projects and artworks by Cristina Cobianchi, Adrian Paci, Elisabetta Benassi and Anna Franceschini will be displayed in Istanbul

Turkey’s government is still planning to redevelop large parts of the country’s largest city, Istanbul, as it seeks to bid for the 2020 Olympic Games. Protests at

The inevitable Ramadan tradition, Mahya have illuminated the streets of Istanbul and other cities during the holy month for hundreds of years and continue to fascinate residents as well as tourists. Mahya, hung only on blessed nights and for religious

Auction for Istanbul’s Golden Horn project to be held today

An auction is expected to be held today for the privatization of the shipyards in Istanbul?s Golden Horn

Fener Greek Orthodox Patriarch Bartholomew repeated his call for the reopening of the Heybeliada Halki Seminary. 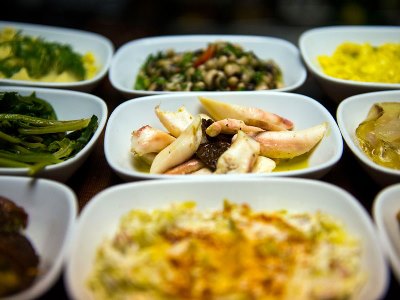 On a night out in Istanbul, we often find ourselves forced to make sacrifices in one or more categories of the overall dining experience.

For women, by women: An Istanbul Sex Shop

It was a Sunday afternoon, and while other Istanbullus were strolling through markets and lingering over brunches along the Bosphorus, I was in hot pursuit of a sex shop.

Istanbul art scene and artists in focus in Switzerland

Swiss Museum Haus Konstruktiv displays Turkish art and the first comprehensive exhibition of Turkish abstract, concrete and conceptual art in Switzerland, with works from over 60 years

Tourist arrival numbers up in Istanbul despite protests