Jim from the UK Open Rights Group sez, “It seems Cameron and Perry have ignored official government policy, invented their own policy and forced it onto UK ISPs. With no legislation, and no complaints from Lib Dem MPS or the ISPs, we have completely unaccountable “nudge censorship” being forced onto the UK population with no debate.”

European data protection under a cloud

In the wake of revelations by whistleblower Edward Snowden, fears have grown that data stored on the cloud could be vulnerable to foreign surveillance

Rather than challenging Merkel’s economic record, the German media focus on attacking her social democratic challenger

Proud to be German? Football and the fear of nationalism

Though some fans are enthusiastic, even proud of today’s multi-ethnic, multi-racial German football teams, taking pride in Germany is troubled by the historic affiliation of nationalism and racism.

Sweden?s economy shrank unexpectedly in the second quarter as exports fell, weighed down by economic weakness among the country?s EU trading partners

Irregular Migration and the EUAt a UACES Arena seminar on 14 May 2013,  Alan Desmond (University College Cork) presented research in progress to ~40 representatives from EU Institutions, think tanks and pressure groups. This article arose from Alan?s presentation.

Q&A: All you need to know about Berlusconi’s tax fraud trial and its potential implications for the Italian government 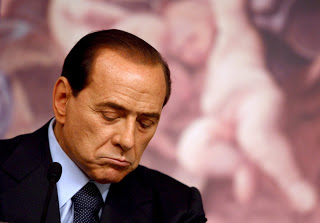 Britain: no longer the land of the future

At a time when Britain’s progress is hindered by its obsession with the past, Scotland face their biggest opportunity to look to the future with a new beginning.

A crisis of presence: the war on Greek cities

The closure of official channels of debate and establishment of migrant detention camps in Athens, has been the capstone to a long process of turning people against the most vulnerable populations in cities and, by extension, against all that urban culture stands for.

Rather than challenging Merkel’s economic record, the German media focus on attacking her social democratic challenger

If eurozone countries continue to pursue misguided policies, social movements will gain steam and the EU will unravel

The crisis of the eurozone seems to be going from bad to worse. Not only have the key players not yet found convincing solutions for the fiscal problems in Greece, Ireland and Portugal but we are already witnessing the beginning of a political backlash that could undermine the achievements of decades of European integration. There is generally a lack of ideas about what needs to be done to turn things around so here are my suggestions:

Portugal’s prime minister has ruled out any backtracking on the country’s bailout terms as his revamped government easily won a confidence vote intended to show it has repaired an internal rift over austerity.

Speaking to parliament before the symbolic vote on Tuesday (30 July), Pedro Passos Coelho also said the economy was giving signs of nearing a turnaround after a long, deep recession, showing the country was taking the right path out of its debt crisis.