Reacting upon advocate Inançer?s remarks ?Women shouldn?t wonder in streets while pregnant?, scores of women in Istanbul and Ankara are preparing to put pillows in their bellies and take the streets tonight. 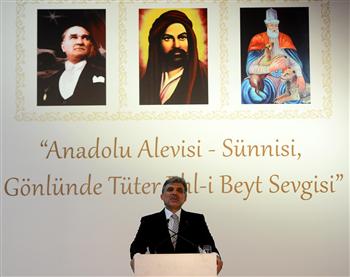 Turkish Red Crescent head retracts statement, says there is no such thing as ‘halal’ and ‘haram’ blood

There is no such thing as halal blood, the head of the Turkish Red Crescent has said, after having stated that drugs made with Turkish blood would eliminate the risk of non-Islamic dietary impacts

Economy Minister Zafer Çağlayan said yesterday that the country needed a growth rate between 5.5 and 6 percent, despite the growth target in the medium program being determined as 4 percent

Over half of women at work unregistered in Turkey: Data

Almost half of female employees work informally in Turkey, according to state-run statistics body TÜİK?s data compiled by Anadolu Agency

Up to 400,000 children have been sexually abused by family members in Turkey

Football in Turkey: A force for liberalisation and modernity?

The relationship between football and society in Turkey is unique and complex. Behind the corruption and fanaticism lies a culture that is challenging outdated social attitudes and leading Turkey’s European aspirations.