The debts of the Eurozone countries continue to grow. Despite harsh austerity measuresthey amounted to 92.2 percent of the GDP in the first quarter – four percentage points more than the previous year, Eurostat announced on Monday. Commentators see this as proof that the stringent austerity drive has failed, and call for more solidarity in the fight against the debt crisis.

Populism, anti-populism and European democracy: a view from the South

Isn?t it time to start dissecting the extremism of this ?moderate centre?? Is it not the duty of every truly moderate citizen/social scientist, of every democrat, to radically oppose this extremism camouflaged as moderation?

European culture: the big switch from exception to revolution

A look at our new front page, as well as this week’s best reader comments on our Can Europe make it? debate.

UK Prime Minister David Cameron has promised to make pornography filters standard on British Internet connections. This is a remarkably stupid policy, and despite that, it is a recurring silliness in British (and global) politics. Back in 2012, the House of Lords was considering the same question, and I wrote a long, comprehensive article for the Guardian explaining why this won’t work and why it will be worse than doing nothing. Nothing I asserted in that essay has changed in the interim.

The EU’s foreign ministers agreed at their meeting in Brussels on Monday to add Hezbollah’s militant wing to their list of terrorist organisations. This means among other things that the accounts of the Lebanese Shiite militant group will be frozen. Commentators say it will be hard to differentiate between Hezbollah’s militant and political wings and speak of a purely symbolic gesture.

Could Manuel Valls be France?s next leader?

Manuel Valls is France?s most popular politician. Valls believes he has reached that apex in the polls because he speaks his mind, whether to give a lawman?s stark warning of looming danger or a trenchant political analysis of the need for reform in Islam as practiced in his country.

UK report on EU foreign policy: Is it working? Is it accountable?

We’ve already blogged about the Government?s balance of competences report on the EU’s impact on the NHS, now time for a quick look at what was said about EU foreign policyand external aid. The EU’s External Action Service seems to have attracted some criticism:

The 90th birthday of General Jaruzelski, the military figure who imposed martial law in Poland in 1981, was marked by a flurry of backward-looking, politicised debate. A pity, says Krzysztof Bobinski, for the experience of those times offers potential lessons to many regions around the world.

The China-EU strategic partnership is suffering from the EU’s lack of a clear vision, China’s inability to make the relationship more consistent, and the two sides’ differing views of the partnership’s purpose. But several measures could strengthen the bilateral relationship’s strategic dimension.

NHS-speak and the failure of care in England’s hospitals

Is compassion being crowded out of the NHS by the language and values of consumer capitalism?

The NHS is in the uncomfortable glare of the political spotlight. The high mortality rates of Mid Staffordshire NHS Trust, maternity ward deaths in Furness General Hospital, and last week a report led by Professor Sir Bruce Keogh that up to 3,400 patients may have died needlessly last year at 21 major hospitals run by 14 NHS trusts.

Barroso declines to comment on options for NATO top job

Asked today (24 July) if he had plans to be the next NATO secretary-general, Commission President José Manuel Barroso declined to comment. The race for the job, which will become available next year, has already started, sources told EurActiv, with Belgian Defence Minister Pieter De Crem considered the favourite.

Barroso was asked if he were interested in the top job at the North Atlantic Treaty Organization, during the presentation of a Commission proposal to boost efficiency in the European defence industry. The December EU summit will discuss European defence policy and the paper is intended to prepare the leaders? debate.

Repairing the political damage caused by the Troika

The Troika interventions in Greece, Ireland, Portugal and Cyprus have generated long-lasting political damage for the image of the EU that needs to be fixed or compensated: this requires promoting a European political game organised along national and party lines, write Yves Bertoncini and Valentin Kreilinger.

Yves Bertoncini is director of Notre Europe – Jacques Delors Institute and Valentin Kreilinger is a research fellow at the institute.

“Composed by experts from the IMF, the Commission and the ECB, the ?Troïka? symbolises the exercise of enormous powers by technocratic actors and, as such, perfectly echoes the traditional critic of the EU?s ?democracy deficit?.

Debt problems in Europe extend beyond the headline figures

EU must move swiftly to prevent resurgent nationalism in Albania

To prevent a change of power resulting from economic misery, Albania’s lame-duck Prime Minister Sali Berisha placed his bet on nationalist tactics for parliamentary elections. However, the new Socialist majority could not afford to reject unification ambitions for tactical reasons either, writes Du?an Relji?.

Du?an Relji? is a researcher at the German Institute for International and Security Affairs. This article was originally published by the Stiftung Wissenschaft und Politik in Berlin and is republished with permission.

A tale of two British summers: phone hacking and a royal baby

The royal birth is set to be the face of the 2013 summer, but to what extent does this reveal how little the media has changed since the phone hacking scandal in 2011? What happened to media reform?

The puzzle of the shrinking legislative output of the EU

As a first post to this blog, I would like to start with a puzzle I recently encountered while researching some data on the Council for the Jahrbuch der Europäischen Integration (Yearbook of European Integration). Part of the general data we regularly collect for the Council is the number of legislative acts it has passed each year, both on its own and together with the European Parliament, which is thankfully easily available fromEur-lex. The puzzle is the following: After years of gradually rising legislative output even as the EU was expanded to 28 member states and as it was paralyzed during its constitutional crisis, the number of adopted legislative acts has sharply fallen in the last two years: 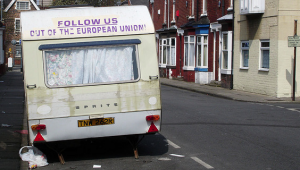 According to Philip Stephens in the FT ?Facts finally collide with ideology on Europe?, as his column gives solid backing to the FCO?s Balance of Competences review. The reports are ?shorn of ideology and political judgments? he says, while ?Iain Duncan Smith, Owen Paterson and Philip Hammond were among cabinet ministers who protested at the even-handed approach of officials?. Commentators like Olaf Cramme, Sony Kapoor and Simon Nixon weigh in on the same side on Twitter. Jonathan Fryer goes further, saying the review exposes UKIP and Tory lies.