Ruling party MPs walk out of US reception over envoy?s critical Gezi remarks

By Özlem Gezer in Istanbul

The rift currently dividing Turkey also runs right through the middle of many families. SPIEGEL reporter Özlem Gezer has an uncle in Istanbul who loves Erdogan, a cousin who sleeps in the protesters’ camp and parents who sit in Germany arguing over the unrest.

Turkey is not in the news anymore. The focus of the media shifted to more pressing events in other parts of the world, like Brazil (first because of the massive protests there, later because of a football championship). Even the new massive protests in Egypt are not on the first page of the newspapers anymore; after one month of people in the street, tear gas and messages against their government, attention is focused now in where in the world is hidden Mr. Snowden.

Coup in Egypt, deposing the Muslim Brotherhood President Morsi, who had been elected by 51% of the Egyptian vote.  Thousands of people jammed Tahrir Square overcome with joy as the army head announced that they were toppling the government. In a split screen, in another square thousands of Morsi supporters stood quietly, looking stunned. The Muslim Brotherhood TV station was closed and its employees taken into custody. Morsi?s supporters vowed to fight the coup, to the death if need be. A coup is always practiced on the skin of the people.

A new way for Turkish democracy

The protests of a new generation in Turkey constitute a turning point in contemporary Turkish history and a great ray of hope, writes historian and journalist Dilek Zaptcioglu. At long last, a third way has opened between Islamic and Kemalist groupings, and it leads to liberal democratic values. 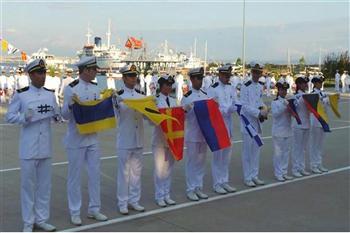