(ANKARA ) – Turkish Foreign Minister Ahmet Davutoglu on Tuesday hailed the European Union decision to reopen accession talks with Ankara despite opposition from some member states including Germany.
EU agrees to open new chapter with Turkey, talks to start in October
The European Union has agreed to open new chapter with Turkey but postpone negotiations

ANKARA (Reuters) – Turkey sees no obstacle to the European Union opening a new chapter in its slow-moving membership talks and expects a “positive outcome” on the issue, Foreign Minister Ahmet Davutoglu told reporters on Tuesday. EU diplomats said the EU agreed on Tuesday to revive the talks with Turkey but postponed the actual date of a new round of negotiations by at least four months amid 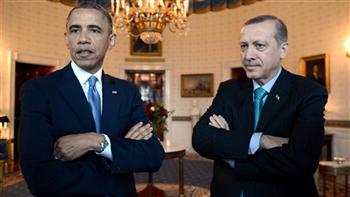 It was not clear as this article was being written whether the chapter on regional policy in Turkey?s membership..

Turkey-EU crisis should be avoided

We all know German Chancellor Angela Merkel?s negative approach to Turkey?s membership of the European Union

The crisis between Turkey and the European Union drags on, with diplomatic traffic intensifying to prevent a critical block to Turkey?s accession bid

The ramifications of the U.S. Federal Reserve?s announcement will be much more..

Europe and Turkey should keep talking

Financial Times (UK) Monday, June 24, 2013, p. 10                Deutsch Français Editorial Just as France has softened its longstanding objections to reviving Turkey?s accession talks with the EU, opening the way to a resumption of negotiations after a three-year hiatus, another member state has mounted the barricades. Germany las

IAI Research Papers (IAI) No. 9, May 2013, 303 p. Istituto Affari Internazionali (IAI) edited by Senem Aydın-Düzgit, Anne Duncker, Daniela Huber, E. Fuat Keyman and Nathalie Tocci * The EU is changing, Turkey too, and ? above all ? there is systemic change and crisis all round, ranging from economics, the spread of democratic

By Adrian Croft and Justyna Pawlak LUXEMBOURG (Reuters) – Germany proposed on Monday postponing a new round of European Union membership talks with Turkey by about four months to signal EU displeasure at Ankara’s handling of anti-government protests. The EU had planned to revive Turkey’s EU ambitions on Wednesday by opening a new chapter, or policy area, in its EU membership talks – the first . 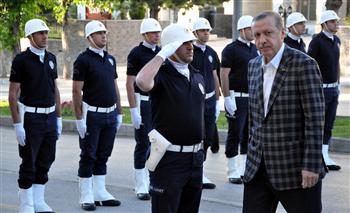 A graduation ceremony at the Police Academy offered a unique opportunity to Prime Minister.

The ongoing protests have only emphasised the gap between the Turkish government and the EU, and between Turkey and Arab leaders whose fear of revolt doesn?t necessarily translate into political solidarity with Ankara.

Powerful premier Recep Teyyip Erdogan continues to engage in a war of words with Germany, whose chancellor Angela Merkel underlined her party?s opposition to Turkey?s EU membership ahead of domestic elections.

The Turkish Foreign Minister discusses protests in the country and the Syrian crisis.

A deputy leader of the main opposition Republican People?s Party (CHP) has reiterated an earlier.

BERLIN (Reuters) – German Chancellor Angela Merkel called on Turkey to clear the way for the opening of further chapters in European Union membership negotiations as tensions between the two countries simmer after Berlin criticized Ankara’s crackdown on protestors. The EU had planned to revive Turkey’s EU ambitions on Wednesday by opening a new chapter in its EU membership talks but Germany

Turkey has found itself in the international spotlight over the past two weeks, despite the continuing slaughter in Syria, the Iranian elections, and the tensions in Iraq. The crisis in Turkey, which is escalating, is being covered live second-by-second by the world media.The agenda in Turkey this week was a critical one, of course. The police operation in Taksim Square was covered live by .

Prime Minister Recep Tayyip Erdogan is harming the country?s chance for membership with an undemocratic crackdown on antigovernment protests.