Worrying future for innovation in Europe

The region?s share of global manufacturing and R&D is falling. And the number of patent applications registered in Europe has also gone down

The EU foreign ministers did not reach a joint position on a weapons embargo against Syriaon Monday.The current embargo will end on Friday, after which individual states will be free to supply the rebels with arms. It would be utopian to expect Europe to reach a common stance on Syria, some commentators lament. Others stress that the West must neutralise chemical weapons stockpiles in the country.

The past few weeks have seen a marked increase in hostilities between China and the EU over the ongoing trade dispute, centred on the solar industry. Given that it?s between two of the largest economies in the world, this dispute is not to be sniffed at.

Wales and the EU

The Wales, the United Kingdom and Europe: Europeanising Devolution conference (Cardiff, 24 May 2013) presented a paradox for Wales?s engagement with the EU; while Europe is extremely important for Wales engagement seems to be lacking.

Italy’s Five Star Movement, the protest party which rocked the establishment at national polls, fares badly at local elections, while the left recovers.

In 2011, Mr. Lazar Comanescu, the current ambassador of Romania to Berlin, explained to me the importance of an active Romanian representation in Germany with strong rebound of joint activity into the European Union. The conclusion of the intense debate on the future of European institutions, held on multiple levels, was that Germany needs the

There has been a lot of debate recently about what the UK public really want in terms of the UK?s relationship with the EU. In an attempt to shed some further light on this Open Europe has today released a new poll conducted by ComRes.

Most ridiculous EU referendum could be on its way in Denmark

The Danes might have to vote in a new EU referendum at the beginning of the next year, government spokespeople have confirmed. But the referendum will be on something less important than one of the four Danish opt-outs, which include Justice, Euro cooperation, Defense and Citizenship.

The murder of a UK solider has led to a spike in hate crimes targeting British Muslims and places of worship. 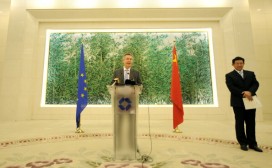 The proposal for the revision of the Clinical Trials Directive will be discussed tomorrow (29th May) in the Envi Committee of the European Parliament. On transparency and disclosure of trial results I am not hearing good news.

EU Watcher: The crisis and languages in Europe

A.C.T. Democ[k]racy lecture Eindhoven, 23 May 2013 The European Union is in a crisis of legitimacy and governance. Let?s look at one aspect of this crisis: language. I am a writer, but I have never been so often confronted with the di.

Formally Iceland is still a candidate country, but the reality on the ground changed with the new government voted in, as I stated in the blog post Iceland voted for ?fax democracy?, as currently and as in Norway. The government programme of the rural Progressive Party and the rightist Independence Party promises to shelve the EU membership negotiations and a referendum at some point (on a possible restart). Read Nordic countries and EU: Public opinion in Iceland.

EU ministers meeting in Brussels today (29 May) for the Competitiveness Council are set to clash over proposals to transform the European creative sector by reforming the continent?s fragmented copyright levy system. While France and Belgium want strong protection for authors, other countries favour a more liberal approach 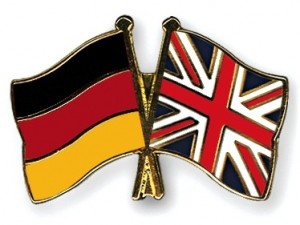 The lingering euro debt crisis has underscored the two main stories of the moment in Europe: Berlin?s move into the driving seat of European integration, and the widespread uneasiness in other European capitals about that development. However, beyond all the chatter about a German Europe, a different thread emerges.

With next year’s European elections approaching, the European Parliament’s committee on constitutional affairs today adopted a set of proposals to give EU citizens a key role in choosing the candidate who will replace José Manuel Barroso at the helm of European Commission. Currently, the Commission president is chosen behind closed doors by the EU heads of state and government. According to the newly adopted proposals:

The deficit is the consequence, not the cause, of Britain’s financial problems. Reducing it would require big increases in spending from corporates and consumers. Could the trade balance component be the easiest route out of austerity?

A New Chance for European Politics

Most political leaders in Europe want the European Union to emerge from its current crisis stronger and more united. But the only way to overcome Europe?s existential crisis, and to respond to citizens? demands for change, is to confront the EU’s domestic opponents head-on in next year’s European elections.

Greece, fascism and beyond

As a Greek, I am burdened by the recent developments in the southeasternmost corner of the European Union.

Despite much fanfare, the European Commission recommends much of the same for the eurozone 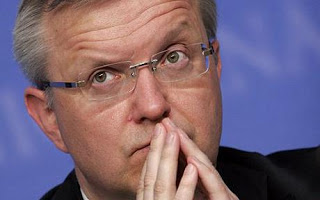 The Commission has today released its country-specific recommendations on economic policy. Below, we highlight the most important suggestions made to some of the key eurozone countries.

The eurozone has effectively torn up its manual for fighting the financial crisis. The key now is following through on structural reforms