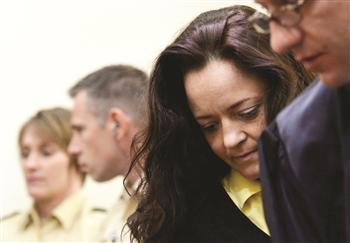 Iceland?s election is a signal to Europe

Taking tough measures to save the economy does not always win votes. So can any politician meet voters? expectations? Steingrímur Sigfússon asks

The Eurozone crisis: no way back

Creating a common currency area means replacing indifference by cooperation and conflict. In this sense the Eurozone crisis might not be a deadly challenge to the whole European construct, but rather become a further step towards a European society

Bulgaria?s elections: change we disbelieve in

A mixed result offers some satisfaction to all of Bulgaria’s largest parties. But signs of escape from the country’s political and economic troubles are elusive, says Dimitar Bechev.

?If elections changed anything they would have them banned?.  So read a well-known piece of Sofia graffiti some years ago. Bulgaria?s parliamentary polls on 12 May 2013 seem to confirm the unknown author?s bitter cynicism. The chances are he or she was among the almost half of Bulgaria’s electorate that did not turn up at the voting booths. The low turnout is striking, given that as recently as February, economic hardship and widespreadresentment of the political class propelled thousands onto the streets of Sofia, Varna and other big cities voicing demands for a complete overhaul of ?the system?.

At best the eurozone?s third-largest economy would see a bottoming out of its longest postwar recession in the final quarter of 2013, some say

Where do EU member states stand on bank bail-in plans?

It?s been pretty tough to follow where countries stand on the latest proposals for the EU?sRecovery and Resolution Directive, not least because the debate has lasted three years with people mostly talking past each other.

British Prime Minister David Cameron presented on Tuesday a draft bill for a referendum on EU membership to be held by 2017 in a bid to appease the EU opponents in his Conservative Party. But commentators say the draft will only lead to an anti-European rebellion among the Tories, and call on Cameron to campaign for a comprehensive reform of the EU instead.

Return to national currencies? Not so fast!

Oskar Lafontaine, the former Die Linke chairman and a figure of the German left, has recently called for a return to national currencies. But while frustration with the euro is widespread, his solution doesn’t make sense from a economic, political or even moral point of view.

Best of the rest ? candidates for President of the European Commission

Following my previous posts about likely EPP and PES candidates for President of the European Commission, what about other candidates not from either of the main political forces? With no party likely to achieve an overall majority in the European Parliament after the 2014 elections, could a compromise candidate somehow win the day? Here are some names to get you thinking, although I think all of the names listed here are less likely than the politicians listed in the EPP and PES posts.

The French economy has gone back into recession, official figures show, on the first anniversary of President Hollande’s coming to power. 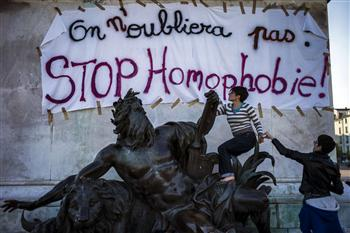 Is Italy ready for an African-born government minister?

Two months after the recent elections, Italy has a new government. And Cécile Kyenge, 48 years old, an eye surgeon and Congo-born Italian citizen, is the new Minister for Integration in the cabinet of Prime Minister Enrico Letta.

Poll shows only 41% of French respondents have a favourable opinion of the EU, down from 60% in 2012 ? even fewer than in eurosceptic Britain

The new normal: housing and protest in Britain

Action is stirring in response to the country-wide housing crisis. Severe shortage and cuts to housing benefits leave the UK struggling to put roofs over heads. Some local authorities and tenant groups are trying to rebel; they need concerted support.

Copenhagen+20: The European ideal is alive and well (Opinion)

Bulgaria’s Conservatives have won the parliamentary election held on Sunday, gaining a slight lead against the Socialists by securing 30.7 percent of the vote. However there was no sign of a clear coalition majority for the Gerb party led by Boyko Borisov, who resignedas prime minister three months ago. The unclear situation in parliament may further destabilise the country, some commentators fear. Others believe a new generation will soon replace Borisov’s ineffectual government.

The Golden Country: the organic myth of the British constitution

The nostalgic appeal to ?the spirit of 45? is embedded in a long myth of ?public services? propagated by the culture of Britain?s unwritten constitution. Asserting this historical frame is integral to hindering its re-emergence and building popular sovereignty.

Nigel Lawson’s provocations on the EU question raise some important points. It is no longer tenable to trot out the same tired arguments for the Union. It has very serious failings. A positive account of the UK’s membership must address them head on.

The Resistible Fall of Europe: An Interview with George Soros

This is the story of a group nuns who needed to do construction on their monastery and had an idea: organise a bullfighting festival to raise funds.