Penis thefts are on the rise again in West and Central Africa. UC Berkeley cultural anthropologist/geographer Louisa Lombard investigated while visiting the tiny village of Tiringoulou. According to the town doctor, “Western medicine is no match for this magic. It is a mysterious thing.? From Pacific Standard Magazine: 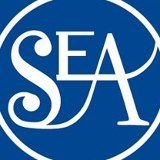 Heather Paxson, an anthropology professor at Massachusetts Institute of Technology, uncovered a similar sentiment when she explored the world of modern American artisan cheesemakers for her book ?The Life of Cheese.? Both scholarly and accessible,

Gene Promoters 2: The Wrath of Khan

from Ethnography.com by Michael Scroggins

In the Star Trek episode ?Space Seed?, Khan was a genetically engineered human who, in the wake of the eugenic wars, was exiled to a distant planet. This Khan is a sensitive observer of the human condition, who at one point, asks Kirk if he has ever read Milton. Kirk, in turn, laments, ?Yes, I understand.? Khan, of course, was a sensitive and wise commentator on the perils and potential of genetics.

Touch in the Classroom: Should Schools Teach Students to Give Each Other Massages?

Every semester, I teach a college course exploring the interrelationships between human culture and biology. Feedback loops connecting culturally-patterned behavior and body chemistry, such as in the stress response, provide a handy example of our bioculturality. So, among other topics, I have a well-developed unit in my course (and related textbook) on stress. But lately, I?ve been wondering if I might counterbalance that unit?s focus with something more positive, such as the relaxation response, or the benefits of positive touch.

Secrets of the Stonehenge skeletons

Any Britons in my readership are invited to watch this documentary on Sunday:

The Making of a Cultural Neuroscientist

My name is Liz Losin and I?m a social and cultural neuroscientist. I?m currently a postdoctoral researcher in Tor Wager?s lab at the University of Colorado in Boulder. I?m delighted and honored to be joining Neuroanthropology!

Fukushima is not Chernobyl? Don?t be so sure. by Sarah D. Phillips

from Somatosphere by Sarah Phillips

The anthropology of brand

I had a quick lesson in the anthropology of humor last night, as I read my daughter’s college paper about the persistent appeal of slapstick. Slapstick has apparently been around since the middle ages; it was used to great effect in Shakespearean

Anthropologists in the Media

Anthropology and the passion of the political. Ghassan Hage (p2)

Subscribe Renew. Anthropology and the passion of the political. Ghassan Hage (p2). Part 1 | Part 2 Ghassan Hage is an internationally acclaimed thinker, both as an academic and an arresting public intellectual. In this Inaugural Distinguished Lecture

Anthropology and the passion of the political. Ghassan Hage (p1)

Subscribe Renew. Anthropology and the passion of the political. Ghassan Hage (p1). Part 1 | Part 2 Ghassan Hage is an internationally acclaimed thinker, both as an academic and an arresting public intellectual. In this Inaugural Distinguished Lecture

Sam Slom: Lessons In Cultural Anthropology. By Dawn Morais Webster 03/25/2013. Correction: An earlier version of this column mistakenly attributed Bill O’Reilly’s views about Asians to Sen. Slom. I am Asian and I have just learned something about .

But visitors to the Wake Forest Museum of Anthropology found out Saturday that each acts as a window into a culture other than their own. Cultures from across the globe were on display for the Museum’s 50 th -anniversary celebration ? a family-friendly

anthropology, race, and racism II: the way we look edition

1. A belief or doctrine that inherent differences among the various human races determine cultural or individual achievement, usually involving the idea that one?s own race is superior and has the right to rule others (dictionary.com).

Student debt is everywhere.  It seems like everyone is going into debt.  It’s unstoppable, endless, ubiquitous.  We’re all in debt.  We’re all drowning in numbers and compound interest.  All from an attempt at “getting ahead” and going to school.  Ya, something’s not right about all this.  You know this.  More and more seem to fall into the debt trap each day.  This includes a lot of anthropology students–graduate and undergraduate.  I am pretty sure none of you out there started studying anthropology in order to get trapped in debt.  I sure didn’t.  Did you?  I doubt it.

Mark Dawson?s April 2012 post ?Why I Chose not to Get a PhD? post has been one of the more popular postings at Ethnography.com.   There is also a good comment stream at the end of the post with a number of ?attaboys,? and ?that?ll tell?em Mark!?  Such posts seem to appeal to the existential angst that afflicts anthropology in a world of budget cuts.

Monogamous heterosexual marriage is just one of many ways humans can live. Sorry.

If you haven?t seen the link making its way through social media, I highly recommend Rosemary Joyce?s piece Ask An Anthropologist about Marriage. It?s an excellent anthropological analysis of the empirical claims made in the oral argument over proposition 8 in the US Supreme Court. In addition, it does a good job of linking back to earlier public statements by anthropologists about this issue.

John?s Final Epistle to The Anthropologists, Part I: The Training and Doctrine Command (TRADOC) at the Climax of the Neolithic

from OPEN ANTHROPOLOGY by John Allison

Peeping through a Keyhole, Down upon My Knees

We are virtually here to discuss with you something that I would call InTRADOCtrination: Intelligent Design for Retraining the Masses