from FP Passport by Neha Paliwal 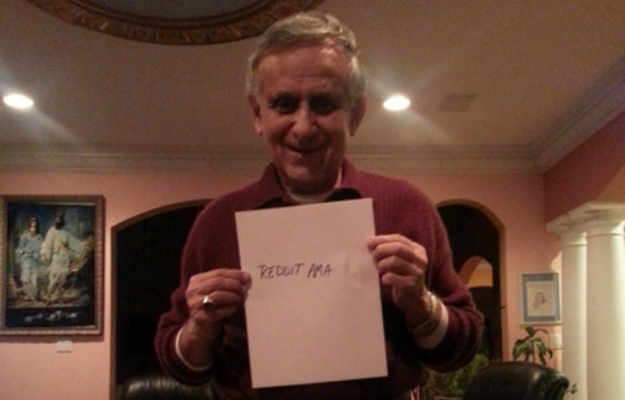 The Enduring Power of Radio in the Digital Age

Those who are still skeptical about the value of Twitter for real-time situational awareness during a crisis ought to ask why terrorists likely think otherwise. In 2008, terrorists carried out multiple attacks on Mumbai in what many refer to as the worst terrorist incident in Indian history. This study, summarized below, explains how the terrorists in question could have used social media for coor-dination and decision-making purposes.

CISPA, the Privacy-Invading Cybersecurity Spying Bill, is Back in Congress

from EFF.org Updates by Mark M. Jaycox
It’s official: The Cyber Intelligence Sharing and Protection Act was reintroduced in the House of Representatives this morning. CISPA is the contentious bill civil liberties advocates fought last year, which would provide a poorly-defined “cybersecurity” exception to existing privacy law. CISPA offers broad immunities to companies who choose to share data with government agencies (including the private communications of users) in the name of cybersecurity. It also creates avenues for companies to share data with any federal agencies, including military intelligence agencies like the National Security Agency (NSA).

from kottke.org by Sarah Pavis
A study of 14,000 Twitter users was published recently (pdf) by a trio of linguists and computer scientists (Bamman, Eisenstein, Schnoebelen) that looks at the gendered expression of language online.

Amazon Tops Apple and Google as Most Reputable Company in U.S.

from EFF.org Updates by Katitza Rodriguez
This is the fourth in a series of posts mapping global surveillance challenges discussed at EFF’s State Surveillance and Human Rights Camp in Rio de Janeiro, Brazil.
States around the world are faced daily with the challenge of protecting their populations from potential and real threats. To detect and respond to them, many governments surveil communication networks, physical movements, and transactional records. Though surveillance by its nature compromises individual privacy, there are exceptional situations where state surveillance is justified. Yet, if state surveillance is unnecessary or overreaching, with weak legal safeguards and a failure to follow due process, it can become disproportionate to the threat?infringing on people’s privacy rights.

The file-sharing world is a multi-headed beast but not just in the traditional ?hydra? sense.

The most visible elements are the public torrent sites like The Pirate Bay, KickassTorrents and any of the others from the current Top 10. Generally (censorship efforts aside) these sites can be accessed by just about anyone. All that is needed is a torrent client and the ability to read.

from Mashable! by Pete Pachal

US Is Victim of Massive Cyber Espionage Campaign

The future of Russia’s i-curtain

from open Democracy News Analysis – by Irina Borogan
Hot on the heels of a new law establishing a register of forbidden sites, Russian authorities are now promoting a system of ‘virtual’ borders and international supervision. Their proposal has so far failed to find significant support, but Russia will keep trying, says Irina Borogan