by Acturca
SETA Policy Brief, No. 62, January, 2013, 13 p. Kadir Üstün & Kılıç Buğra Kanat * Turkey?s relations with the United States over the last decade witnessed wild swings and shifts. Turkey?s past decade under the AK Party coincided with the US invasion of Iraq, the financial meltdown in the US (which transformed into a 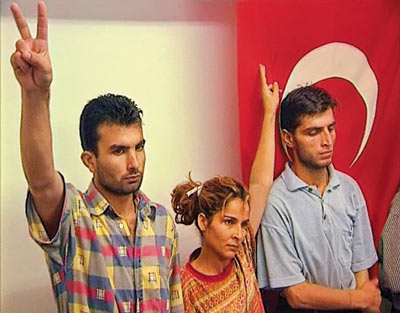 A DHKP/C [1]suicide bomber detonated a vest with 6 kilos of TNT and a hand grenade outside the U.S. Embassy in Ankara, killing himself and a security guard.

Turkey: At Least 2 Dead in Suicide Attack on US Embassy 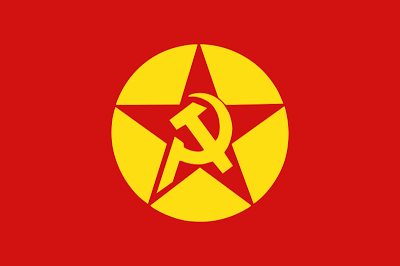 Foreign Terrorist Organizations (FTOs) are designated by the Secretary of State in accordance with section 219 of the Immigration and Nationality Act (INA).

FTO designations play a critical role in the fight against terrorism and are an effective means of curtailing support for terrorist activities. Legal Criteria for Designation under Section 219 of the INA as amended:

US happy with Turkey cooperation after embassy attack

from Hurriyet Daily News
The U.S. Embassy in Ankara, the U.S. Consulate General in Istanbul…

from Hurriyet Daily News
Some of the people arrested as suspected members of the outlawed DHKP/C appear US bodies, sources claim

from Yahoo news
Today’s bombing of the US embassy in Ankara, which Turkey has blamed on an outlawed leftist group, comes amid warnings that Turkey could soon face jihadist spillover from Syria.

from Hurriyet Daily News
I must say I wasn?t surprised by the news of a terrorist attack at the U.S. Embassy in Ankara.

from World news: Turkey | guardian.co.uk by Constanze Letsch, Chris McGreal
Turkish prime minister Recep Tayyip Erdogan says early information links Ankara bomber to a domestic militant group
The Obama administration has declared a suicide bomb at the US embassy in Turkey (video), in which the attacker and a local guard died, as an “act of terror”.

from Hurriyet Daily News
Didem Tuncay, a journalist who was injured in the Feb. 1 attack on the U.S. Embassy.

Who killed an American mom in Turkey?

from Hurriyet Daily News
The FBI is playing role in the investigation into the death of Sarai Sierra, US congressman says

A Slain Artist in the Making
Daily Beast
The coroner in Istanbul has released her body, and soon Sarai Sierra will be flown back to Staten Island for a funeral at the church where she met and later married her husband. Turkey US Missing Woman. A view of the street with the hostel, in yellow

Sierra’s husband, Steven, is in Istanbul, where he traveled last week to help in the search. He intends to accompany her body, but the family is still determining how to fund the transport. Their church and friends are working to raise money to help

(CBS/AP) NEW YORK – A U.S. congressman says the FBI is playing a significant role in the investigation into the death of Sarai Sierra, the New York city woman found dead in Istanbul while on a solo vacation. PICTURES: N.Y. mom found dead in Turkey

Activists of the Istanbul Feminist Collective held a march in Samatya district of Istanbul against recent attacks on elderly Armenian women, Bianet.org reported. The protesters, carrying placards saying ?Armenian women are not alone,?

Sarai Sierra killed with blow to the head, official says

On Sarai Sierra’s Death and the Failure of Istanbul

Sarai Sierra, an American woman who went missing in Istanbul in Jan. 21, has been found dead at

Istanbul police find body thought to be missing US tourist

“(We are) 70 to 80 percent sure the body belongs to her but this is not absolutely certain,” anIstanbul police official told Reuters on condition of anonymity, adding more tests needed to be completed. Anatolian said the cause of death had yet to be

A Staten Island mother of two was found dead in Istanbul after she went missing during a solo vacation, Turkish news reports said. The grisly discovery of Sarai Sierra, 33, who was stabbed in the abdomen, was made by residents near an ancient city wal