from euro|topics
The European Union’s law enforcement agency Europol has announced that it has uncovered the biggest match-fixing scandal in the history of football. It presented a report in The Hague on Monday according to which more than 380 games worldwide were manipulated. For some commentators the scandal is further proof of the extent to which the top sport is under the control of the betting mafia. Others believe that the revelations will have little negative impact on profession football.

from FT.com – World, Europe
Hollande?s ?marriage for all? with its discussion on allowing same-sex couples to adopt is vehemently opposed by Jean-François Copé, the leader of the UMP

from The European Citizen by Eurocentric
French deputies voted by 249-97 in favour of redefining marriage as applying to same sex as well as opposite sex couples. The change is not law yet, but the vote represents one of the bill’s main hurdles, and it has been passed in a very passionate political atmosphere, with rallies on both sides.

France 24 reports that 63% are now in favour of marriage equality, with almost 50% supporting equal adoption rights as well.

from open Democracy News Analysis – by Denis MacShane
As the dust settles on David Cameron’s speech, what real impact has it had? Despite being met with scepticism throughout Europe, it has above all highlighted the need for an open discussion on the EU in Britain ? and how the left has so far failed to address the European question.

Political corruption in Spain: will this be Rajoy?s Watergate?

from open Democracy News Analysis – by Cristina Manzano
As each day progressively reveals the extent of corruption inside the ruling People’s Party, the Spanish people are disheartened by the conduct of their politicians, including that of Prime Minister Rajoy. But there are things that they can do.

Why Did Mali’s ?Soldier of Death? Go Viral?

from Global Voices Online by Diana Rhudick
Since the start of Operation Serval in Mali, this photo has been seen and shared around the world. 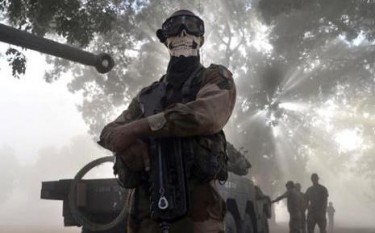 from Wired Top Stories by Spencer Ackerman
Something the next Pentagon chief really, really doesn’t want to do: deepen the U.S. involvement in France’s war in Mali.

from euro|topics
At a donor’s conference in Addis Abeba, the international community has pledged roughly 456 million dollars for an African peace mission in Mali. France’s President François Hollande then announced that he intends to withdraw his troops from the country as quickly as possible. Now politicians must take command, commentators urge, putting their hopes in a peace plan for the entire region.

from open Democracy News Analysis – by Paul Rogers
The combination of western advance and rebel retreat in northern Mali echoes the initial phase of the anti-Taliban campaign in Afghanistan. Britain’s upgraded military commitment makes the parallel even more acute.
France’s military operation to take control of the last main towns in what was rebel-held northern Mali is in effect complete after the reported entry into Kidal early on 31 January 2013, with a sudden dust-storm creating more of a delay than any armed resistance by the retreating Islamists.

from Hurriyet Daily News
I?ll be honest, I am certainly not an expert on African politics. When it comes to Mali, I would even plead..

Time to bite the bullet on European defence

Europe?s military spending is in free fall. As highlighted during a seminar organised by the CER in December as part of the FR-UK Defence Forum, the EU countries combined have reduced defence spending from ?200 to ?170 billion since the start of the economic crisis in 2008. In response, governments have signed up to a variety of new bilateral and multilateral initiatives. These are designed to limit the impact of budget cuts on their armed forces. But so far, the savings incurred pale in comparison. At the December discussions, participants estimated them at ?200 to ?300 million. Many sensitivities relating to national security make it hard for governments to implement collaborative defence efforts. But at a time when Europe?s neighbourhood is replete with instability and the United States is scaling back its own armed forces, Europeans need to do more to stem the damage to their militaries.

from open Democracy News Analysis – by Mark Leonard
Britain is at a fork in the road with a choice to make about what role it will play in the 21st century. Yet, David Cameron?s long-awaited speech about Europe is a miscalculation that will leave everyone frustrated.

Conflict at the EU’s southern borders: the Sahel crisis

from open Democracy News Analysis – by Simone Tholens and Raffaella Del Sarto
Gradually, EU systems of governance have extended into the southern Mediterranean, linking dynamics in the Sahel with European interests through its borderlands. This could be a test of the EU’s foreign policy ambitions. But is the Union ready and capable to act, and if so, what is at stake?

from Docuticker
Source: European Policy Centre The reaction in the UK to Prime Minister David Cameron?s long-expected confirmation that the UK Government (or at least the Conservative part of it) intends to hold a referendum on EU membership by 2017 illustrates just how remote and UK-centric British public debate on the issue has become.

‘Brexit’: a view from Norway

from open Democracy News Analysis – by Heming Olaussen
Norway has often been cited as an example of what Britain’s future relationship with the EU might look like. One of the most prominent Norwegian opponents to EU membership shares his thoughts on David Cameron’s speech

Is two speed Europe beneficial for everyone ?

from euro|topics
Spain’s Prime Minister Mariano Rajoy on Saturday denied accusations that he and other high-ranking representatives of the People’s Party received payments from slush funds over a period of several years. He announced among other things that he would make his tax returns public. Rajoy’s transparency offensive is utterly implausible, commentators say, calling for new elections and a complete overhaul of the public administration.

Rise of Golden Dawn: A presage of doom? (Opinion)

from EurActiv.com
pAs Europe turns a blind eye to the immigration crisis, many impoverished foreigners find themselves trapped in an economically crippled country that can’t sustain them, says Hatef Mokhtar./p

Bring to immigration the ?can do? approach of the Olympics. Make good your promise that ?Britain is back open for business?, writes Robert Hahn

from open Democracy News Analysis – by Luke March
Has the European radical left missed an unique opportunity to advance its ideas and political weight in the wake of the global economic meltdown?