The historic Haydarpaşa Station will be used as a venue for the special program prepared by the American consulate and Institute of Creative Minds From the November 6 evening to November 7 morning (Istanbul Local time). Many new media tools will be used. I will be around to help the organization. Details will come soon;)

ISideWith.com Shows You Which Candidate Should Get Your Vote

Keep track of the best clips of the presidential debates thanks to Tumblr?s live-giffing

Facebook Asks Politicians What They Could Do With 1 Billion Connections

from AL JAZEERA ENGLISH (IN DEPTH)
Al Jazeera fact checks to what extent the US president has lived up to his 2008 campaign promises.

from Hurriyet Daily News
A day after a muted performance in the first presidential debate, U.S. President Barack Obama sought to fight back against Republican rival Mitt Romney on Oct. 4.

Benghazi: So Many Questions, So Few Answers

from WhirledView by Patricia H. Kushlis
By Patricia H. Kushlis
As the tragic news trickled ? then flooded ? out of Benghazi last week in the aftermath of the 9/11 attacks on the US Mission in Benghazi (it has yet to receive Consulate status), circumstances surrounding the burning of that building and the deaths of the four American employees including US Ambassador Chris Stevens raise multiple questions in need answers.

America?s Election and the Global Economy

from Project Syndicate by Michael Boskin
With uncertainty plaguing Europe?s finances and China slowing, the last thing the global economy needs is a stagnant or shrinking US economy. But it will take strong leadership by the president-elect to avoid it. 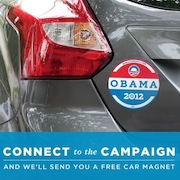 The race for the U.S. presidency is increasingly being fought on Facebook. President Barack Obama?s team used the social network this weekend, launching an interesting way to drive traffic to the Obama 2012 application, while giving users a tangible reward. When users connect with Obama via Facebook, they can get a free car magnet.

US election and Turkey

from Today’s Zaman, your gateway to Turkish daily news :: Columnists by ÖMER TAŞPINAR
There is a normal tendency in Ankara to ask, ?Who would be better for Turkey?? when looking at presidential candidates in the upcoming US election. Some analysts argue that US foreign policy towards Turkey doesn’t change, and that whoever comes to power the same issues and principles will dominate the agenda.

by David Cohen
Social media analytics company Socialbakers examined the social media activity by President Barack Obamaand Republican challenger Mitt Romney from May 1 through Sept. 19, finding that the incumbent added fewerlikes during the period and posted less often, but his posts were shared more than those of the former Massachusetts governor.

Who is the Master Debater? 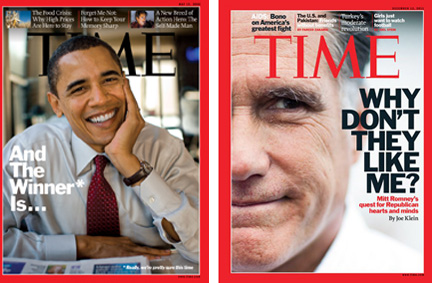 Events in the Middle East continue to fester and flair with yet more deaths in Syria, rumors of the Kurds carving out an enclave for themselves in the ruins of Assad?s state, Kenyan troops cleansing the Al Shabab from their last stronghold in Somalia, cross firings between leaders of Iran, Israel and the Palestinian Authority at the anything but united UN, and the list goes on and on. But in America, now that the official NFL refs are back on the job, the media is gearing up for the first presidential debate between a sitting President that was once thought to be in electoral trouble and a Republican candidate who has been so inept that he may re-enact a Goldwater moment for the party of Lincoln (and now of Lincolns, Lexus and Jaguars).

Anti-Islam banner to go up on New York subway stops

from Hurriyet Daily News
A banner likening Muslims to barbarians will soon be hung in..

Uniting States of Americans: We are the 99%!

from open Democracy News Analysis – by Cynthia Weber
A year ago this month, ‘the 99%’ changed the discourse of US politics. But did this call to action for ‘American Revolution? issued by the Occupy Wall Street movement change politics itself? In this first of two multimedia articles, filmmaker and academic Cynthia Weber, introduces us to a range of impressions and reflections in the field.

by EU-Digest
Whether you take the national view or go state-by-state, the polls all seem to show the same thing: President Obama has the advantage over Mitt Romney 48 days from Election Day.

The latest NBC News/Wall Street Journal poll released Tuesday showed the president leading nationally among likely voters, 50 percent to 45 percent. It’s the first time he has hit 50 percent in the survey since March

“Four Reasons Why Romney Might Still Win” by Robert Reich

from Social Europe Journal » Blogs by Robert Reich
Can Romney possibly recover? A survey conducted between Sept. 12 and Sept. 16 by the Pew Research Center ? before the ?47 percent victim? video came to light ? showed Obama ahead of Romney 51% to 43% among likely voters.
That?s the biggest margin in the September survey prior to a presidential election since Bill Clinton led Bob Dole, 50% to 38% in 1996.

The Good and Bad Sides of Social Politics 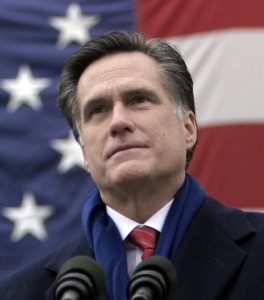 At times, the U.S. presidential election has been called a social media battle. This might be somewhat over the top but the digital landscape, in one way or another, has definitely become a battlefield as candidates strive to leverage social media to give themselves an edge in connecting with voters.

France, Germany and the US have closed down their diplomatic posts in several predominantly Muslim countries for fear of new violence in response to an anti-Islam film and cartoons that heap satire on the Muslim faith. The people’s anger stands in the way of democratisation in the Muslim world, commentators warn and urge the West not to give up its liberal ideals.

This Week in Review: The bizarre anti-Muslim film, and challenging foundations? journalism priorities

Editor’s Note: This story includes updates at the bottom, and a correction.

Note to young, and professional, journalists alike. Don’t get “Sam Baciled” (pronounced, appropriately, like bamboozled) — particularly not when you’re reporting on acts of terrorism in the Middle East, during an election year, on the anniversary of September 11.

Four reasons why an open-source newsroom is harder than it looks: Lessons from Al Jazeera

Twitter was a happy place for Muslims today, who took turns to pour out their rage, 140 characters at a time. Some were even creative enough to share memes.

by Center for Internet and Society

Judge: Actress in Anti-Muslim Film Can?t Force YouTube to Take it Down

from MediaShift
I never thought I would be the type of person who pored over wedding magazines. But after I got engaged, I gave into my mother’s desire to descend on the wedding mag section at Barnes & Noble. I figured I could glean intelligence with which to protect myself from the wedding industry. Instead, amid the flowers and cute but oh-so-time-consuming DIY inspirations, I found a surprising amount of useful guidance on the practical matters of wedding planning. What’s more, as a journalist, I realized that planning a wedding has a lot in common with planning a collaborative project — that is, getting teams of people to work together, on an ambitious timeline, on a project that requires their multiple visions and expertise.

Newsweek is America?s #1 magazine for trolls

What happens when news organizations move from ?beats? to ?obsessions??

The newsonomics of all-access delight

from Wired Top Stories by David Kravets
A California judge refused Thursday to order YouTube to remove controversial footage from “Innocence of Muslims,” the inflammatory film that sparked a U.S. backlash in the Middle East.

from open Democracy News Analysis – by Vivienne Matthies-Boon
Beyond their regrettable cost in terms of human lives, “Innocence of Muslims” and the subsequent protests that spread across the Arab world ultimately entrap the world in a binary entrenchment reminiscent of the civilizational justifications for the War on Terror.