“Taken 2 ” is Taken by Istanbul

Plot: Liam Neeson returns as Bryan Mills, the retired CIA agent with a particular set of skills who stopped at nothing to save his daughter Kim from Albanian kidnappers. When the father of one of the kidnappers swears revenge and takes Bryan and his wife hostage during their family vacation in Istanbul, Bryan enlists Kim to help them escape, and uses the same advanced level of special forces tactics to get his family to safety and systematically take out the kidnappers one by one.

The sun rises behind the Blue Mosque in the Sultanahmet area of Istanbul on February 22, 2012 in Istanbul, Turkey. Though not the capital, Istanbul is the

The Spirited Traveler: How to drink like a lion in Istanbul
Reuters
(Reuters) – Istanbul, Turkey’s financial, cultural and historic center, has quality local wines and beers and the city’s tipplers consume their fair share of distilled

‘Taken 2’ Trailer: Liam Neeson Kicks Butt in Istanbul
Hollywood.com
‘Listen to me, Kim ? your mother is going to be taken.

from ! istanbul constantinople estambul by Bolat 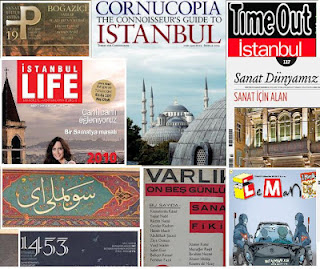 from Hurriyet Daily News
The Mono Festival, organized by Pozitif, is inviting an Istanbul audience to enjoy a musical day out at the beach at Istanbul?s beautiful Solar Beach. The festival lineup includes a series of prominent local and international names from the indie and electro-pop scene.