from The Meta-Activism Project by Mary C Joyce
In contemporary activism it?s not a questions of online or offline, but how to integrate the two.  Tactics are likely to be hybrid, making use of tools and processes in digital and physical space.  Here?s a new example of that trend from Spain, where indignados are using online crowdfunding to lodge an offline legal complaintagainst the mismanaged financial institution Bankia.

from Global Voices Online by Elizabeth
This post is part of our special coverage Europe in Crisis.
All links are in Spanish unless otherwise stated.
Finally they’ve done it, and before it was expected. The [movement] 15M  has presented a legal complaint before the National Audience arguing accounting falsehood and commercial fraud by Bankia executives, among them its former President Rodrigo Rato, who is also a former Spanish Economy Minister and Managing Director of the International Monetary Fund (IMF).

More on Wikileaks, Assange, and the UK Supreme Court ruling 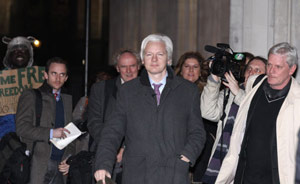 The highest court in the UK ruled yesterday on a 5-2 majority that Wikileaks founder Julian Assange can be extradited to Sweden, where he is wanted for questioning on accusations of rape and sexual assault.
I spoke about the UK court ruling on The Madeleine Brand Show, and you can listen here.

from The Official Google Blog by A Googler
In 2016, it?s estimated that almost half of the world?s population will be online, yet nearly 50 percent of the websites we visit are found in the .com

top-level domain (TLD), which was among the first TLDs created in 1984. Despite the great opportunities the web has enabled for people around the world, there is still a lingering question about the diversity of the domain space (given that the number of generic TLDs has only increased by 14 in the last 28 years).

With the 2012 European football championships now in full swing, the good folk at social media monitoring company Brandwatch created this neat little data visualization Web tool, which reels in what people on Twitter are saying about each of the England players.