Off the Grid
There are growing number of people
who have decided to live light on the earth
to not be a part of problem anymore
I spent the last few years with four of them
striving for harmony with nature
in the most pristine corners of United States.

by Eleanor Staniforth
This post is part of our special coverage #Occupy Worldwide.
Many people were questioning Occupy Wall Street’s future after the eviction from Zuccotti Park and the harsh weather conditions which prevented the occupiers from camping out last winter. However, according to the occupiers themselves, the movement never disappeared and they are now determined to occupy public spaces around the country, just as they have done already in Union Square in New York City.

Decline Watch: The U.S. is getting less popular (but not where Republicans think)

from FP Passport by Joshua Keating
Gallup and the Meridian International Center released their annual U.S. global leadership Report today. (You can find the full version here and highlights here.)

from The Immanent Frame by David Sloane

Gallup?s latest poll, released today, breaks down presidential candidate support by voter religiosity and religious identity. Mitt Romney leads Barack Obama, 54% to 37%, among very religious voters. Obama leads Romney, 54% to 40%, among the moderately religious and 61% to 30% among the nonreligious.  Voters? varying degrees of religiosity was determined based on responses to two questions regarding ?the importance of religion in one?s life and about church attendance, yielding three specific groups?: 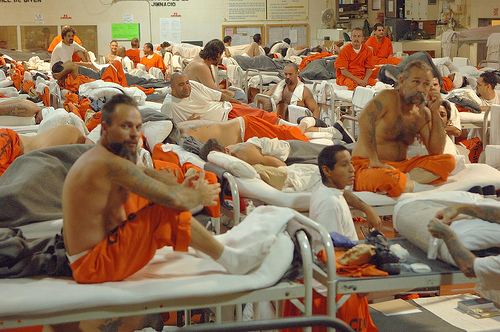 On Twitter, The Primary?s Over and It?s Obama vs. Romney

With Rick Santorum out of the race, political pundits are labeling Mitt Romney the presumptive Republican presidential nominee ? and both the Romney and Obama campaigns seem to agree, because they?re lashing out at one another at campaign appearances and on social media.

from The Meta-Activism Project by Mary C Joyce
One of the major stories this election cycle has been ?big data?: campaigns combining voter files, consumer records, and response data collected by their own volunteers to individually target voters.  This practice is at once exciting because it allows campaigns greater precision than ever before in how they interact with individual voters, yet it also raises privacy concerns as citizens are often unaware of the amount of personal data available to third parties or how it is being used.

from RAND: Commentary by RAND Staff
On-the-job training is a necessary element of the American presidency, but so should be learning from the accomplishments, as well as the mistakes, of one’s predecessor, writes James Dobbins

BREAKING: Americans like Canada, not so fond of Iran

A new Gallup poll on U.S. attitudes toward other countries likely won’t shock many:

from Mashable! by Alissa Skelton
President Barack Obama?s Facebook and Twitter following leaves Republican presidential candidates in the dust.
The president has more than 25 million Facebook Likes and more than 12.5 million Twitter followers.
Since his 2008 campaign for president, Obama has changed the way the public engages with political candidates running for office. He was and still is the social-media-savvy candidate who reaches out to voters on the online platforms where they communicate. President Obama?s social media accounts are primarily run by his campaign staff, but Obama signs the tweets he writes with -BO.

Newt Gingrich upgraded his Facebook profile to timeline, the first of the Republican candidates to make this move.
Actually, the latest fronrunner in the  Republican race is Rick Santorum, who Pew?s Center for People and the Press shows is leading with 30 percent of voters in the U.S., followed by Mitt Romney at 28 percent and Newt Gingrich sliding to 17 percent.
However, President Barack Obama is ahead of each of the GOP contenders.

The Election 2012 Weekly Report: Revving up in Michigan

What Are the Presidential Candidates? Stances on Important Tech Issues?

Is US democracy being bought and sold?

from Boing Boing by Cory Doctorow
The BBC’s Panorama looks at the rise of semi-official homeless tent-camps in American cities. These are springing up in states where austerity “balanced budget” drives are severely cutting services. Especially concerning is the report of homeless children who are going hungry, going to bed hungry, getting dizzy from hunger, waiting through the weekend to go to school (with subsidized meals) to eat. City services — shelters, emergency rooms, police — actually send people to the tent cities, because there is no official place for them to go.

Muslims and the Republican party

from The Immanent Frame by Candice Scharf 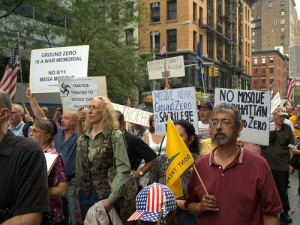 Nona Willis Aronowitz, at GOOD, discusses the impact that Republican, anti-Islamic rhetoric has had on Muslim voters.  Many Muslims, who pre-9/11 were largely Republicans,  have become disillusioned with politics and civic engagement. Aronowitz explains: