Unfortunately the article itself is not public. it has to be bought, i haven’t got myself yet…

from Journal of the Royal Anthropological Institute by BILL MAURER
What does it mean to ?do? economic anthropology, now, in the wake of the financial crisis and the re-energizing of public discussion over the nature of debt, credit, speculation, and inequality? Two recent books offer signal insights. This essay suggests they also point towards a specific kind of lingering that may be politically and analytically useful: an occupation of a uniquely anthropological kind.

Cultural anthropology and the question of knowledge

from Journal of the Royal Anthropological Institute by JOHANNES FABIAN
Although it helps to be aware of what philosophers think about knowledge, anthropologists can neither simply relegate their epistemological problems to, nor find solutions in, philosophy. In anthropology, knowing what and how we know is a practical, not just a theoretical, problem, one we face in all phases of our work, from field research to writing (and teaching). Historical recollections of debates since the 1960s are followed by consideration of two aspects of the knowledge question in our discipline: ?Knowledge of what?? and ?Whose knowledge?? Guided by reflections on knowledge and survival, the article ends by addressing the question of ethnographic evidence in the context of a current project.

?A wondrous adventure?: mutuality and individuality in Internet adoption narratives

from Journal of the Royal Anthropological Institute by PALOMA GAY Y BLASCO
In this article, I analyse the narratives that American adopters of Chinese children put up on Internet family websites in the early 2000s. I focus on what these narratives reveal about the complex articulation of notions of kinship and of individuality in twenty-first-century America. These website accounts illustrate both the relational nature of middle-class American individualism and its embeddedness in a deeply racialized world-view and a political economy of desire that turns Chinese children into vehicles for the assertion of American personal and communal selves.

Negotiating impartial indicators: putting transparency into practice in the EU

from Journal of the Royal Anthropological Institute by RENITA THEDVALL
Over the last twenty years, statistics and indicators have come to be closely associated with the notion of transparency. The argument is based on a view that indicators make policy outcomes transparent, as objectively revealed in statistical diagrams and tables. Indicators are, however, politically and culturally loaded. This becomes especially evident in an international organization such as the European Union (EU). The article shows that the production of EU statistics is characterized by a practice of transparency wherein EU bureaucrats must handle two seemingly incompatible logics. There is bureaucratic logic, which refers to the indicators that are seen as representing reality ? objective and politically neutral. Running parallel is the logic of cultural intimacy, in which the material that is made transparent is based upon what an EU member state wants to keep to itself and not reveal to the entire EU. This practice enables the quest for politically neutral indicators to live on, while at the same time providing room for politically and culturally negotiated indicators.

Dreamworlds of the Store-Bought Loaf

from FoodAnthropology by foodanthro
guest post by Aaron Bobrow-Strain, as part of his White Bread Blog tour!
?And which side does an object turn toward dreams??It is the side worn through by habit and patched with cheap maxims.? ?Walter Benjamin, ?Dream Kitsch?

Starbucks in a globalized world: An ethnographic snapshot in London

from anthropologyworks by admin
By contributor Sean Carey 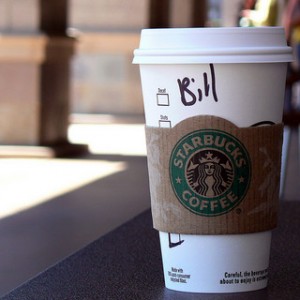 from NAPA by terryredding
Workshop: The Business of Ethnography and the Ethnography of Business
Date: June 12 and 13, 2012
Place: Copenhagen Business School, Frederiksberg, Denmark
Over the years, sporadic attempts have been made to use ethnographic methods in the study of business organizations and practices of all kinds. Such attempts have begun to coalesce in recent years to create a field of ?business? anthropology, supported by two recently-launched journals (the Journal of Business Anthropology and the International Journal of Business Anthropology). The term ?business anthropology?, however, is by no means fixed, as we may see in the continued usage of parallel terms like ?applied?, ?organizational?, ?corporate?, and ?design? anthropology, as well as other business-related sub-divisions of the discipline.

Empathy, or, seeing from within

from Savage Minds: Notes and Queries in Anthropology ? A Group Blog by Rex
Anthropology report is running a round-up piece on empathy in anthropology and its centrality to our discipline. It?s a timely subject, given the recent

edited volume on the topic. In this post I wanted to point out another article having to do with empathy, in this case an oldie-but-goodie: Robert Lowie?s ?Empathy, or, Seeing From Within? which appeared in a massive festschrift for Paul Radin that appeared back in the day. Check it out ? it?s a classic.

from Savage Minds: Notes and Queries in Anthropology ? A Group Blog by Adam Fish
Foucault asks ?Can the market really have the power of formalization for both the state and society?? (Foucault 2008: 117, originally 1978-79). House Budget Chairman Rep. Paul Ryan is convinced it can. He outlines it happening in the 2012 and 2013 fiscal year budgets. The impact of this neoliberal fantasy on democracy is stated by Couldry: ??Democracy? operated on neoliberal principles is not democracy. For it has abandoned, as unnecessary, a vision of democracy as a form of social organization in which government?s legitimacy is measured by the degree to which it takes account of its citizens? voices? (

Couldry 2010: 64). What is the impact of the dearth of diverse progressive voices on public and private media within the hegemonic public sphere?

from American Anthropological Association by Joslyn O.
On May 13, 2012, the Abraham Lincoln Brigade Archives will present the Second ALBA/Puffin Award for Human Rights Activism, in the amount of $100,000, to Fredy Peccerelli, Executive Director of the Guatemalan Forensic Anthropology Foundation, and Kate Doyle, Senior Analyst of U.S. policy in Latin America at the National Security Archive.  The award ceremony will take place at the Museum of the City of New York.

Anthropologists and the Human Terrain System

from Dienekes’ Anthropology Blog by Dienekes
The fact that modern humans created the Aurignacian has long been hypothesized, and was recently supported by dental analysis. This attribution is now supported by analysis of a couple of jawbones and associated dental remains from France.

from Dienekes’ Anthropology Blog by Dienekes
Stewart and Stringer have a paper in Science in which they argue for the role that climate change has played in the evolution of modern humans, and their expansion into Eurasia.

from Dienekes’ Anthropology Blog by Dienekes
A new paper in Science solidifies the case for migration as the cause for the diffusion of agriculture in Europe. Discontinuity between early Neolithic farmers and Mesolithic foragers in Central Europe had provided strong hints about this discontinuity, and these were confirmed by other ancient European DNA, e.g., from Treilles, or the Tyrolean Iceman. The case now appears irrefutable, that people not ideas were involved in the spread farming to the northern fringes of Europe.

Tracing the origin of language in Africa (again)

from Dienekes’ Anthropology Blog by Dienekes
A recent paper on the origin of language in Africa was subjected to heavy criticism not long after its publication. Now, the African origin of language hypothesis is championed by a new pair of authors who also base their claim on phonemic diversity of African languages.

from Neuroanthropology by daniel.lende
Kate Clancy over at Scientific American has initiated a great conversation about biocultural anthropology, the integration of biological and cultural approaches within the field, as well as how to do interdisciplinary work more generally. Her post, I Can Out-Interdiscipline You: Anthropology and the Biocultural Approach, examines the difficulties of doing interdisciplinary work, opens the door on the frustration a lot of anthropologists feel with the gap between the promise and the reality of current biocultural efforts, and asks for help on how we train to do this type of research and what sorts of literature should people be reading.