Erkan’s Field Diary has a growth in visit numbers recently. It maybe due to this fact or my personal attempts but in any case blogging seems to be back:

from Daily Blog Tips by Daniel Scocco
If you have been following the news about new media and blogging you probably have seen many times over the past years the news that blogging was dying or even dead already. Social networks like Facebook and Twitter were supposed to substitute it.

Every so often, yet another tech blogger has to come out and theorize on why Google+ is dead. I?ve alreadyranted extensively about all the reasons Google+ isn?t going anywhere any time soon, but rather than write yet another post about why these posts are off-base, I figured I?d take a different approach, by highlighting the extent of the community activity over on Google+.

Post-Sabu, Anonymous says arrest was ?a favor? and vows to continue hacking

Facebook’s (In)conspicuous Absence From the Do Not Track Discussions

from EFF.org Updates by jaycox
On the heels of President Obama’s recent introduction of a Privacy Bill of Rights, the Digital Advertising Alliance (DAA), the latest self-regulatory organization for online advertising, agreed to support widespread implementation of Do Not Track (DNT) browser headers. This is a laudable step, and in the coming months the responsibilities for how websites respond to the signal will be articulated in multistakeholder meetings through the W3C’sTracking Protection Working Group. One conspicuous absence from the Do Not Track discussions is Facebook. As a company that tracks millions of users around the web, Facebook needs to follow in the footsteps of Google, Microsoft, Yahoo!, and others by committing to respect user choice.

How Free Speech and Social Media Fit Together

from The Next Web by Nancy Messieh
Last week, Tel Aviv held its very first Hackathon, where over 70 Israeli entrepreneurs came together to brainstorm ideas, and left at the end of the day with several ideas up and running.

5 innovations looking to transform cities around the world

from The Next Web by Martin Bryant
Last month we reported on how the Living Labs Global Award was looking for innovative solutions to problems in 20 cities around the world (since increased to 21). The shortlist of successful submissions has now been published and ? as you?d expect ? there are some interesting ideas in there.

from social media vb by DavidJohnson4
Word-of-mouth is gold and social media is the vessel we use to promote it, but how exactly is it accomplished?  As businesses we are always looking for ways to lower the cost of acquiring new customers.  It?s simple economics, the lower the acquisition cost the more sales (and money) we make?simple right?  Not exactly.

A few days ago, I went ahead and installed the Consumer Preview of Windows 8. To say I?m impressed would be understating things a bit. As a Windows Phone 7 user for the last 16 or 17 months, I have become extremely familiar with the metro UI, and am overjoyed to see it coming to the desktop. The whole experience so far has actually inspired me to seriously consider buying a new touch-enabled PC (my current PC is over 5 years old at this point, so it?s probably time to update anyway).

from The Next Web by Matt Brian
The new iPad?s Retina Display was perhaps the most expected feature to be included in Apple?s new tablet, especially after it incorporated the high-resolution display into both its iPhone 4 and iPhone 4S smartphones.

For the last time, let?s all say it together: ?Google+ is NOT a Social Network?

Rogers? ?Cybersecurity? Bill Is Broad Enough to Use Against WikiLeaks and The Pirate Bay

from EFF.org Updates by rainey
Congress is doing it again: they?re proposing overbroad regulations that could have dire consequences for our Internet ecology. The Cyber Intelligence Sharing and Protection Act of 2011 (H.R. 3523), introduced by Rep. Mike Rogers and Rep. Dutch Ruppersberger, allows companies or the government1 free rein to bypass existing laws in order to monitor communications, filter content, or potentially even shut down access to online services for ?cybersecurity purposes.? Companies are encouraged to share data with the government and with one another, and the government can share data in return. The idea is to facilitate detection of and defense against a serious cyber threat, but the definitions in the bill go well beyond that. The language is so broad it could be used as a blunt instrument to attack websites like The Pirate Bay or WikiLeaks. Join EFF in calling on Congress to stop the Rogers? cybersecurity bill.

Facebook has been accused of violating the privacy of its users over and over again and the amount of private data that Facebook is harvesting is enormous. A fact that has been proven by Law-student Max Schrems when Facebook surprisingly met his request and send him a hardcopy of all the data they ever collected of him. The result was 1,222 PDF files containing all sorts of personal information like status updates, likes, relationships and photo?s, even those who he thought he had deleted.

TIMELINE-Cyber attacks by Anonymous and affiliates

Dec 2010: Anonymous’ early attacks took aim at the websites of Mastercard, Visa and eBay’s PayPal in retaliation for the companies’ refusal to accept donations for Wikileaks, whose founder was in legal hot water for publishing confidential diplomatic

How Iceland Is Rebuilding Its Economy With Social Media

from EFF.org Updates by maira
For a majority of users, the Internet is a space that encourages free expression and the valuable exchange of ideas. Unfortunately, there are numerous cases around the world in which various forces act to silence people’s voices online.

from Wired Top Stories by Tony Busseri
Identifying a need for better cybersecurity is the easy part. Getting the relevant parties to agree on what to do, and getting that done, is like the proverbial sausage factory. It will take legislation, and laws that accomplish anything meaningful will require a public/private partnership of historical efficiency.

Preliminary analysis of Anonymosus-OS: lame, but no obvious malware 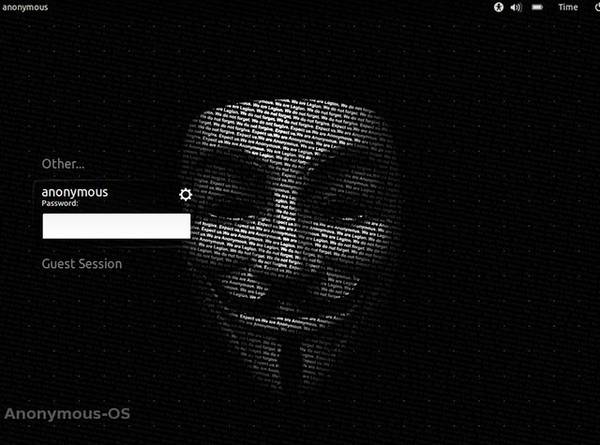