French Bill on Armenian Genocide Is Struck Down

by By SCOTT SAYARE
Turkey applauded the move, but the president of France vowed to try again.

The “Obstinacy” of Sarkozy 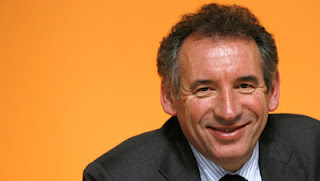 Armenian Genocide: François Bayrou denounced the “obstinacy” of Sarkozy. “The revival of this procedure by Nicolas Sarkozy today reflects an obstinacy which is well understood inspiration during elections but a head of state in its responsibility should not be encouraged”, said MP and president of the MoDem.

The Constitutional Council in France rejects a bill penalizing ?the Armenian genocide? denial, declaring it unconstitutional and a violation of freedom of expression

Heroin smugglers decreased their use of Turkey as a drug passage into Europe in 2010, but the opium that reached Europe arrived mainly from Turkey and Iran, according to a recent report released by a U.N. narcotics agency. 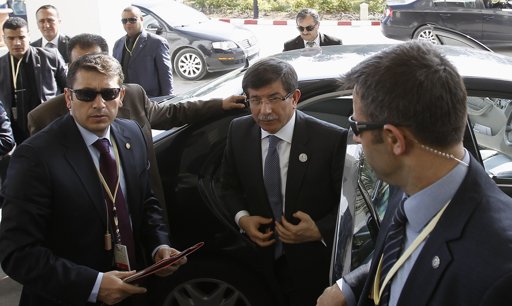 ‘Friends of Syria’ 2nd meeting to be held in Turkey: Davutoğlu

The second meeting of the “Friends of Syria” group will be held in Turkey, Foreign Minister Ahmet Davutoğlu said

Turkey and Iran: Amidst the Smiles, A Rivalry Intensifies

from EurasiaNet.org – Turkey
Turkey?s ruling Justice and Development Party appears to be recalibrating its Iran policy and increasingly distancing itself from the more vocal support it previously gave the Iranian regime. As the two powers tussle over Syria, Iraq and other issues, analysts warn that their rivalry for leadership in the Middle East is only likely to sharpen.

by Acturca
Financial Times (UK) Sunday, February 26, 2012 By Daniel Dombey Ankara is playing an increasingly active role in Middle East but doubts remain about real extent of its influence. Hillary Clinton could hardly have been clearer. With Syria in flames, increasing tension in Iraq and the countries of the Arab spring groping for a way […]

The Turkish government has designated three more non-career diplomats as ambassadors, among them the former head of Turkey?s Higher Education Board (YÖK), Yusuf Ziya Özcan, who will represent Turkey in Poland, sources said.

“Journalists Need a Lawyer on Standby”

from Bianet :: English
According to an analysis of the Committee to Protect Journalists, “A critical journalist in Turkey these days needs a lawyer on standby. The press is laboring under a creaking judicial system”.

from Kamil Pasha by Jenny White
In a well-researched essay in Today?s Zaman, Abdullah Bozkurt lays out the case for Iranian mischief making in Turkey. (click here) He points out the mysterious growth last year of Iranian-funded businesses in Turkey, 41% more than the previous year, putting Iran at the top of new foreign companies established in Turkey, 2,140, a quarter of them established only in 2011. (And many more using Turkish partners.) Yet Germany, which set up only 36 companies last year, has a much larger trade volume. Bozkurt lays out a scenario, based on interviews with security officials and others, that Iran is setting Turkey up as a place to circumvent international sanctions against it and also to infiltrate Turkey with agents who could provoke the Turkish public.

by Acturca
Voice of Russia, Feb 26, 2012 Kudashkina Ekaterina Interview with Tom Wheeler ? former South African Ambassador to Turkey and currently a research associate at the South African Institute of International Affairs. How important do you think this kind of visit could be? I think it is important, obviously China is playing a much bigge

from Hurriyet Daily News
In the past 10 years the relationship between Turkey and the European Union (EU) has transformed drastically.

from Today’s Zaman, your gateway to Turkish daily news :: Columnists by JOOST LAGENDIJK
Until recently, I never believed Israel, in the end, would be willing to deliver upon its threat to bomb nuclear facilities in Iran to prevent that country from acquiring a nuclear weapon. I presumed that, eventually, the Israelis themselves would see that poking a stick in that beehive would bring about enormous risks of a tit-for-tat war in the region in which Israel would be the main target. Or, if Jerusalem did not get it, the US would use its influence to convince the Israelis to back down and give sanctions or diplomacy another chance. I am not so sure anymore.