Massivity: over a million protest labor reforms in Spain

They said the movement was dead. That the indignation had subsided. That rage and frustration alone was never a sustainable motivation for continued resistance against the scourges of financial capitalism and the farce of our so-called representative democracy. Of course, as we all knew, these assertions were nonsensical to begin with. On Sunday, the rebellious Spaniards once again proved the incompetent experts and ignorant journalists wrong.

Lisbon: two days of actions in solidarity with the people of Greece. We are all Greeks!

from Social Network Unionism by OrsanSenalp
Posted by Niel ? O.T.R.O on 02/22/2012 in Report · 0 Comments
Last Saturday 18Feb, people from Lisbon and tourists gathered in Rossio square for the traditional Carnival festivities? but this year something different was waiting for them. Suddenly amidst the crowd Greek flags started appearing, and different chants interrupted the music: ?we are all Greeks? ?our struggle is international?.
Dozen of activists took the square, to inform the people about the international day of solidarity with Greece and of what is happening to the Greek people. All together we joined hands and formed a huge human chain, asking all the people to join us and encircling most of the square. Here some pics

by Grahnlaw
The discussion began in the entries Transparency during the eurozone crises and Euro crises: European Council eviscerated? and Eurozone governance: Fundamental flaws but better presentation. This is the fourth instalment based on my speech at the 22 February 2012 Attac seminar about the implications of the new fiscal discipline in the EU. This text contains some modifications, updates and documentary references, which complement the oral presentation.

from Ideas on Europe by Erik Dale
In early 2010, the Norwegian government with the approval of the Norwegian Parliament gave a mandate to a special committee to investigate every aspect of Norway?s relationship with the European Union (EU). The main focus was to be on the European Economic Area (EEA)-agreement, but also other agreements, such as Schengen, was to be included. In mid-January 2012, the so-called European Committee handed over their report ?Inside & Outside? to Norwegian Minister of Foreign Affairs Jonas Gahr Støre. The document, formally named ?Official Norwegian Reports NOU 2:2012? drew some conclusions that are worth noting for anyone dreaming of a British withdrawal from the European Union.

Staring Into The Ukrainian Economic And Political Abyss

from A Fistful Of Euros » A Fistful Of Euros by Edward Hugh
It?s been a long time now since Paul Krugman spoke of the Ukraine economy epitomising the arrival of what he then termed the ?second great depression?, and its been an even longer long time since we lay awake at night dreaming about the coming conquests of the

Orange Revolution. It?s also been a good time since I looked at and wrote about the country, so now may be as good moment  as any to do so.

Political crisis at the bottom of euro troubles ? solutions?

by Grahnlaw
The first four instalments were Transparency during the eurozone crises and Euro crises: European Council eviscerated? and Eurozone governance: Fundamental flaws but better presentation and Euro crises exposed and added to EU lack of legitimacy and democracy. The articles were based on my speech at the 22 February 2012Attac seminar about the implications of the new fiscal discipline in the EU. These blog entries contain some modifications, updates and documentary references, which complement the oral presentation.

from Blogactiv by Protesilaos Stavrou
For several months now we have all been witnesses of the political shadow play between the Greek government and its trio of lenders (EU,ECB,IMF). Anyone aware of the circumstances was already convinced that a new bailout to Greece would eventually be agreed upon, given that all parties had no better alternative. At the same time we all knew that European politics would still have to respect its gradualist character, i.e. the small, cowardly steps towards the truth. This has after all been the history of the ?Greek? and broader crisis ? a story of prior denial of everything that was rational, as it was deemed ?politically impossible?; only to be embraced as inevitable when the damage was done and the cost was higher.

Europe?s growth strategy: All supply and no demand

by Centre for European Reform
To say that Europe has a growth problem is an understatement. Almost four years since the outbreak of the global financial crisis, only a handful of EU countries (Austria, Belgium, Germany, Slovakia, Sweden and Poland) have seen their economic output return above pre-crisis levels. In all the others, output is still below its peak in 2008 ? in some cases dramatically so. Greece, Ireland and Latvia have endured catastrophic declines. But even in Italy, Spain and the UK, where the downturns have been less dramatic, output has already taken longer to return to pre-crisis levels than it did during the Great Depression of the 1930s. If this were not bad enough, many economies contracted in the final quarter of 2011 and will fall back into recession in 2012. How to explain this debacle?

The myth of the democratic deficit

from Ideas on Europe by Erik Dale
It has become a popular sport among commentators and political scientists alike to declare the democratic disaster of the financial crisis. Prosperity, once the greatest provider of legitimacy to the continued deepening and widening of European integration, is no longer seen as a synonym for the European Union. Technocratic governments have been put in place in Italy and Greece. Poll numbers show increased Euroscepticism virtually everywhere, but governments move to resolve the crisis by introducing more Europe in more policy areas. This may appear to be a bleak reality for everyone who believes in advancing democratic principles. But when everyone agrees, it?s time to pause for a second.

from Ideas on Europe by ecfr
by Hans Kundnani ? one of the lead authors of the ECFR Foreign Policy Scorecard.
When ECFR published the first edition of the Foreign Policy Scorecard last year, Justin Vaïsse and I were looking forward to having lots of discussions about the methodology. Having had long internal discussions between ourselves, with other ECFR staff and other experts, and having made difficult choices, we were interested to see what other people thought. We were even hoping for criticism because we thought it might help us improve the Scorecard the following year.

ACTA referred to the European Court of Justice

from The European Citizen by Eurocentric
The Commission has decided to refer the Anti-Counterfeiting Trade Agreement to the ECJ to assess its compatibility with EU law, including the fundamental rights guaranteed under EU law. Commissioner Karel de Gucht said:

Pressure and tact are the right response to Victor Orban

by Centre for European Reform
By Balázs Jarábik

Viktor Orban`s FIDESZ party won a constitutional majority in the Hungarian parliament two years ago on a promise of purging the country?s politics of the remnants of communism. The prime minister had a point: unlike neighbouring Central European states, Hungary had moved from communism through compromise, not revolution, so many of the old system?s worst traits including rampant tax evasion and addiction to debt have been preserved or worsened. When Orban promised to ?complete regime change?, he had the backing of most Hungarians, even if many suspected the prime minister?s political instincts, and worried that he lacked a clear programme and a team with the expertise to reform the country.

from A Fistful Of Euros » A Fistful Of Euros by P O Neill
The Wall Street Journal?s Marketbeat blog discusses an interesting flow chart prepared by BNP  Paribas which shows the various scenarios that could play out following the imminent Greek bond offer to its private bondholders. Among the apparent paradoxes brought out by the chart is that Greece could be better off from a debt reduction perspective if a small majority rather than large majority of bondholders accept the offer, because then it will have the latitude to, er, screw the holdouts, including the possibility of giving them nothing. Whereas with a very high majority, there will be a strong incentive to keep everything consensual and the holdouts escape at par.

from Ideas on Europe by European Geostrategy
By Sven Biscop 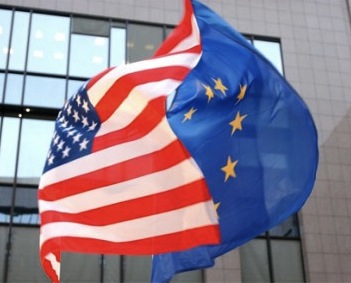 An indispensable (though not in itself sufficient) condition for any Atlantic Alliance capability project to work is that the United States contributes, with money, personnel, and equipment. Then the European allies can be convinced to put in their share.

General Report on the Activities of the European Union 2011 ? a useful source

by Grahnlaw
The avalanche of European Union and eurozone summits, statements and proposals during the multiple crises in the euro area has been enough to set anyone’s head spinning.

Are you looking for calmer waters in order to get a grip on developments?

Here are a two reading tips, with official information freely available (in 22 languages).

from Blogactiv by Kaj Embrén
On friday the 24th of February the European Commission invite stakeholders for consultation in preparation of the 2012 Renewable Energy Strategy.

Sarkozy on campaign: the best show in the global village

from Blogactiv by Georgi Gotev
French President Sarkozy seeks re-election with the help of a campaign hymn unveiled last Sunday. I won?t comment the artistic value of the piece. Some say it reflects the motto of Sarkozy?s campaign: ?La France forte?. 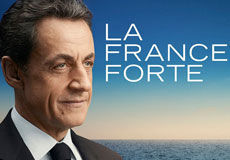 Others see it as ?similar to the soundtrack of some bad Hollywood movie?. But listen yourselves.

2012 ? The Year We All Learn To Live Dangerously

from A Fistful Of Euros » A Fistful Of Euros by Edward Hugh
Well, the latest batch of EU interim growth forecasts are out, and there are few surprises after so much prior comment. The Euro Area as a whole is expected to contract, but of course within the aggregate contraction some will fare rather better than others. ?The EU is set to experience stagnating GDP this year, and the euro area will undergo a mild recession?, according to the press release. What this means in practice is that Greece is expected to contract by 4.3%, while the German economy is forecast to grow by 0.6%. During yet another year Eurozone economies are expected to diverge far more than they will converge. Downward revisions of one percentage point or more were made to the forecasts for Estonia, Spain, Greece, Italy, and the Netherlands, while those for Germany, France, Austria, Slovakia, Denmark, Poland and the UK were either left unchanged or reduced by less than a quarter percentage point. No one was revised upwards.

from Ideas on Europe by Ronny Patz
I recently had the opportunity to talk with an official (director level) working in a financial administration of one of Germany?s federal states who shared an interesting observation: Since the entry into force of the Lisbon Treaty with its subsidiarity protocol and also following the new internal participation rights of German parliaments introduced after the famous Lisbon Judgement of the German constitutional court, his administration is confronted with two phenomena:

Transparency during the eurozone crises

by Grahnlaw
On 22 February 2012 Attac Finland and Attac Parliament organised a seminar about the new budgetary discipline in the EU and its implications for socio-economic developments and democracy.

by Grahnlaw
This blog post continues the discussion in the entries Transparency during the eurozone crises and Euro crises: European Council eviscerated?, based on my speech at the 22 February 2012 Attac seminar about the implications of the new fiscal discipline in the EU. This text contains some modifications, updates and documentary references, complementing the oral presentation.