Convention to be a democratic celebration, CHP head says

Main opposition head Kemal Kılıçdaroğlu has arrived at the 16th convention for his Republican People?s Party to great enthusiasm, stating that the gathering will be a ?democratic celebration? for the country.

from Hurriyet Daily News
Main oppostion leader Kemal Kılıçdaroğlu overcomes a boycott call from former party stalwarts, but the dissidents in the Republican People?s Party (CHP) vow to continue their fight against the ?new CHP? 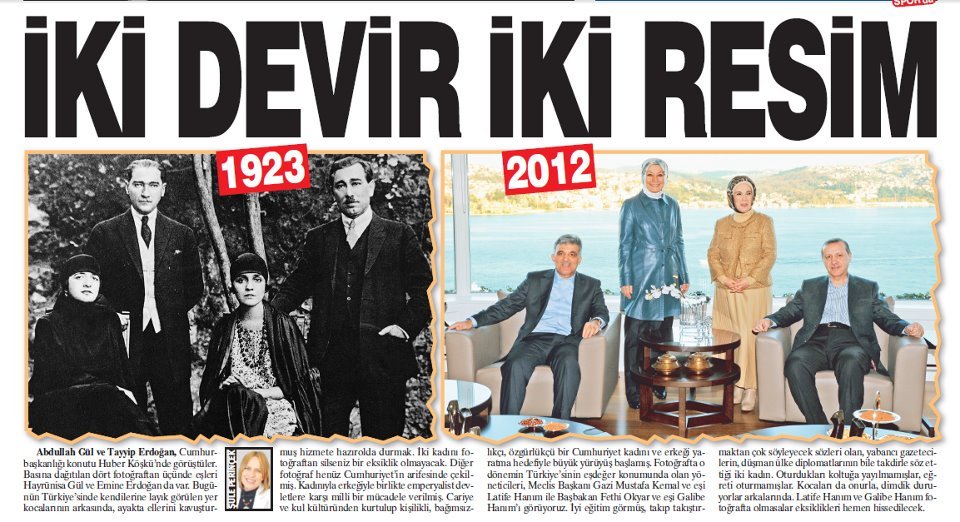 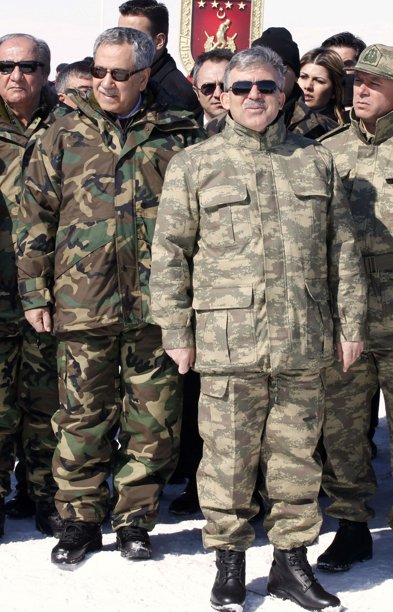 Dressed in military camouflage and accompanied by the chief of General Staff, President Abdullah Gül attended military exercises for the first time, which were held in snowbound eastern Turkey under a war scenario involving both land and aerial combat.

from Hurriyet Daily News
The ongoing row between the judiciary and the intelligence service has been under discussion with its reflections of politics and law in Turkey.

A New Apology : ?Etatization? of AKP

Who Is Immune From Prosecution? Who Isn?t?!

from Kamil Pasha by Jenny White
An article in the pro-Islamic Today?s Zaman criticized the AKP government?s recent move in parliament to grant MIT (Turkey?s CIA) officials immunity from prosecution unless approved by the prime minister.  (See my posts on this below.) The newspaper then examines who else is immune from prosecution. It seems a whole lot of people are! (click here) An excerpt: 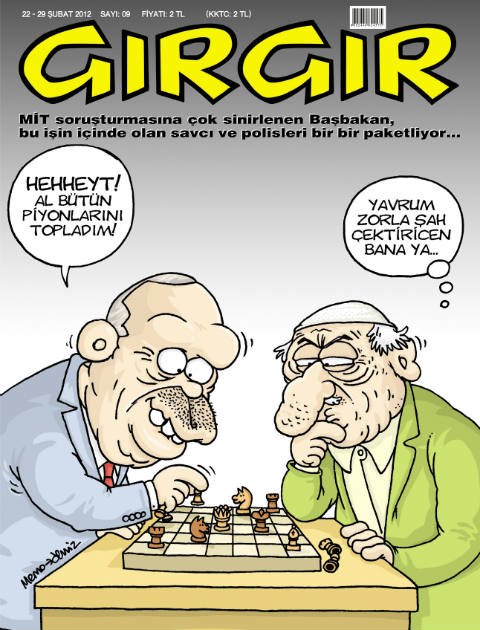 from Hurriyet Daily News
A prosecutor?s office?s recent call for Turkey?s top intelligence staff to testify in an ongoing…

Intelligence wars and the Constitution

from Hurriyet Daily News
As the turmoil begotten by the split between the judiciary and the National Intelligence Organization (MİT) continues, Prime Minister Recep Tayyip Erdoğan has reinforced the legal shield afforded to Hakan Fidan and other leading names…

from Hurriyet Daily News
The fact that a prosecutor attempted to question the head of the country?s intelligence service (MİT) on the grounds that …

MİT won this time, but be careful

from Hurriyet Daily News
Finally it?s over. The prime minister has ended a fight that we could never understand why and by whom was started and …

The ?New Turkey? and its consolidation pains

from Hurriyet Daily News
In the last decade, the Turkish Republic has experienced the most difficult breaking points in its history since its establishment.

from Today’s Zaman, your gateway to Turkish daily news :: Columnists by KLAUS JURGENS
Intelligence gathering by definition happens behind closed doors or undercover.